Dolphins, Lions have trade in place for top-five pick swap? 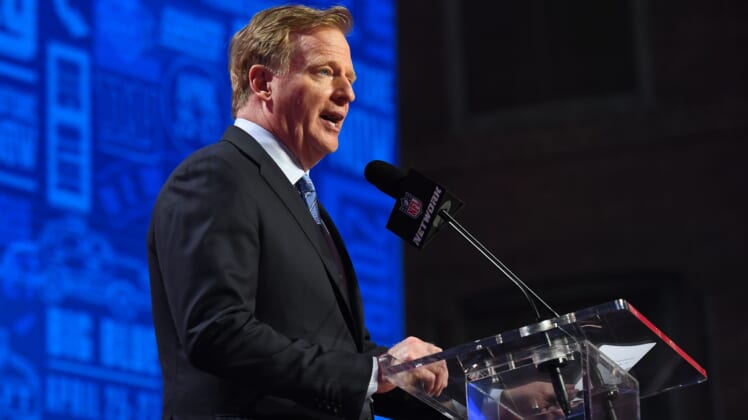 The Detroit Lions have been shopping all offseason for a partner to let them trade down from the No. 3 overall pick. Now with the 2020 NFL Draft just hours away, they might have reportedly found that partner with the Miami Dolphins.

According to The Miami Herald’s Armando Salguero, the Lions are making plans as if they will have the No. 5 overall selection.

Speculation ramped up on Wednesday that the Dolphins were looking to jump up in the draft. While there is continued debate about whether it will be for an offensive tackle or a quarterback, Miami’s desire to move up seems to be very real.

The Dolphins are in excellent position to navigate their way up and down the board during the entire 2020 NFL Draft. They boast 14 selections entering Thursday, including three first-round picks and two second-round selections.

The Lions have shopped their top pick for months. While there is plenty of impact talent available on the defensive side, general manager Bob Quinn wants to pick up additional Day 2 picks by moving down and could then take the defender he covets.

It remains likely that the Dolphins would be moving up for a quarterback, using their draft capital to secure their face of the franchise.

Tua Tagovailoa is a more talented quarterback than Justin Herbert, but he carries significant medical concerns. However, the Dolphins reportedly gave Tagovailoa a passing medical grade at the NFL Combine.

If Miami isn’t confident enough in Tagovailoa’s durability, Herbert would likely become the target. They scouted him heavily this offseason and were interested in him last year before he decided to return to school.

The Dolphins have done an excellent job of keeping their plans quiet throughout the draft process. As the NFL Draft nears, though, it might become much clearer which quarterback they covet.