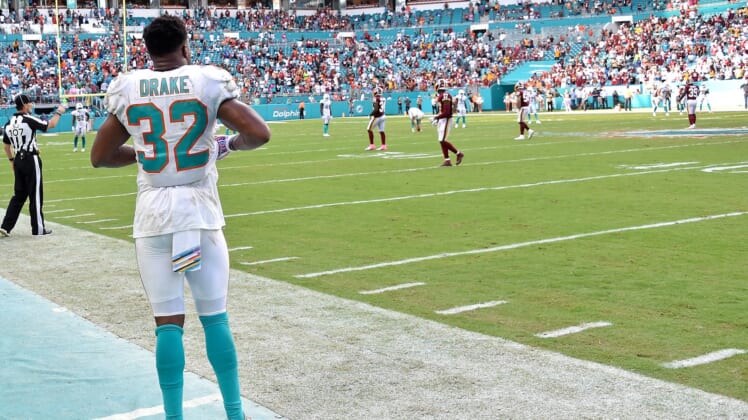 The Miami Dolphins might not be done dealing away players ahead of Tuesday’s NFL trade deadline.

Stud young running back Kenyan Drake reportedly won’t travel with the team for its “Monday Night Football” contest with the Steelers in Pittsburgh.

Miami had been in contract extension negotiations with Drake. Once it seemed clear that nothing was going to come to fruition on that end, the team put him on the trade block.

A third-round pick back in 2016, Drake put up a carer-best 1,012 total yards and nine touchdowns last season. He has gained nearly 350 total yards for the winless Dolphins through six games.

As noted, the Dolphins are seeking a mid-round pick in return for the still-young 25-year-old back. Expect something to happen within the next 48 hours.