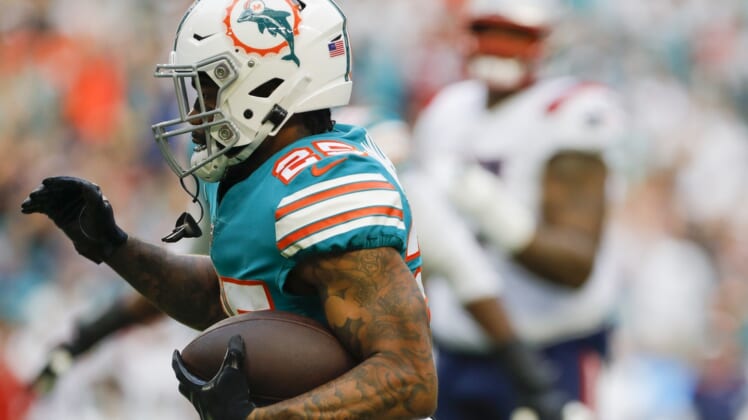 Xavien Howard landed the richest contract ever given to a cornerback, as the Miami Dolphins gave him a five-year deal worth $90 million, according to multiple media reports on Friday.

In November, the Dolphins restructured Howard’s deal to free up salary-cap space, a move that followed the three-time Pro Bowl player requesting a trade.

Howard, 28, finished with five interceptions last season after leading the NFL with 10 in 2020. He had 50 tackles, 16 passes defensed, two forced fumbles and two fumble recoveries in 16 starts last year.

The Dolphins made Howard a second-round pick in the 2016 draft out of Baylor, and he has played all six of his NFL seasons in Miami. In 72 career games (71 starts), Howard has 27 interceptions, 241 tackles, 71 passes defensed, four forced fumbles, three fumble recoveries and two sacks.