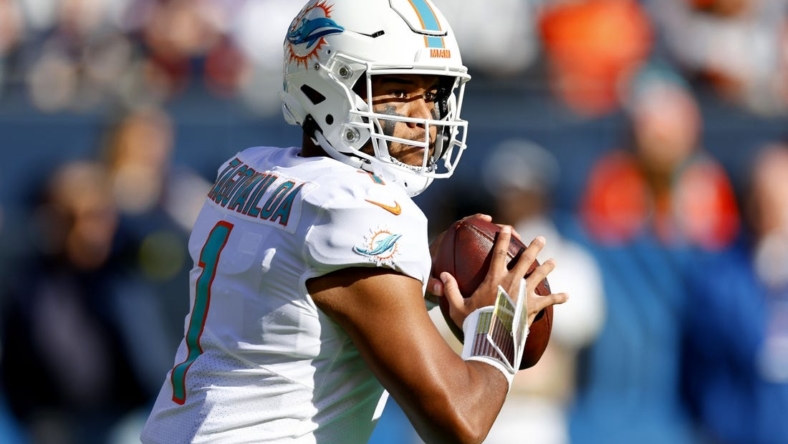 The Miami Dolphins seek to keep their recent stretch of success going while their opponent, the Cleveland Browns, are trying to win a second consecutive game for the first time this season.

The Dolphins host the Browns on Sunday at Miami Gardens, Fla.

The Dolphins (6-3) have won three in a row since starting quarterback Tua Tagovailoa returned from a concussion. The Browns (3-5) snapped a four-game losing streak with a convincing 32-13 victory over Cincinnati before getting the chance to rest up during their bye last week.

Miami has won all six games this season that Tagovailoa has started and finished.

Tagovailoa leads the NFL with a 115.9 passer rating and 9.2 yards per pass attempt. He’s tied for fifth with 15 touchdown passes, despite missing two starts and more than half of his start Sept. 29 in Cincinnati when he suffered said concussion.

“Anything that’s happening with him isn’t a surprise to me,” Dolphins coach Mike McDaniel said Wednesday.

Someone who saw Tagovailoa up close before his breakout season is Browns starter Jacoby Brissett, who backed him up in Miami last year. Brissett appeared in 11 games, including five starts and went 2-3.

This season, Brissett has done a solid job as starter as Cleveland awaits Deshaun Watson’s return from suspension, which is expected in Week 13.

Brissett had arguably his best start in Cleveland against the Bengals on Halloween night, completing 17 of 22 passes for 278 yards and one touchdown while also running for a touchdown.

Brissett said he holds no hard feelings for the Dolphins, who released him after last season.

“They didn’t do anything wrong to me, so,” Brissett told reporters Wednesday. “I’m a little too old to hold grudges if they did. But nah, it’s not my style.”

The Dolphins have been yielding plenty of yards and points, however, and will be tested by the NFL’s third-best running attack in terms of yards per game (164.6). The Browns are led by the tandem of Nick Chubb and Kareem Hunt.

Chubb is second only to Derrick Henry in rushing yards per game (105.1) and leads the league in rushing touchdowns, with 10.

There could be a collision between cousins Nick Chubb and newly acquired Dolphins linebacker Bradley Chubb at some point during Sunday’s contest as well. McDaniel said he expects Bradley Chubb to continue to have an increased role as he gets more acclimated with the team’s defensive scheme.

The Dolphins are ranked 15th in rushing yardage allowed per game this season, although that number is skewed since some of that came against opposing quarterbacks. Bears starter Justin Fields ran for 178 yards last week and Miami allowed 119 yards rushing to Lamar Jackson in Week 2.

The Dolphins have not allowed a running back to eclipse the 100-yard mark in a game this season, with the closest being the Jets’ Breece Hall (97 yards). Seventy-nine of those yards came on one explosive play.

Myles Garrett had 1.5 sacks against the Bengals and has sacks in three consecutive games. He and linebackers Sione Takitaki and Deion Jones, who each also had a sack in Week 8, will match up against a Dolphins’ offensive line that has allowed only two sacks since Tagovailoa’s return.