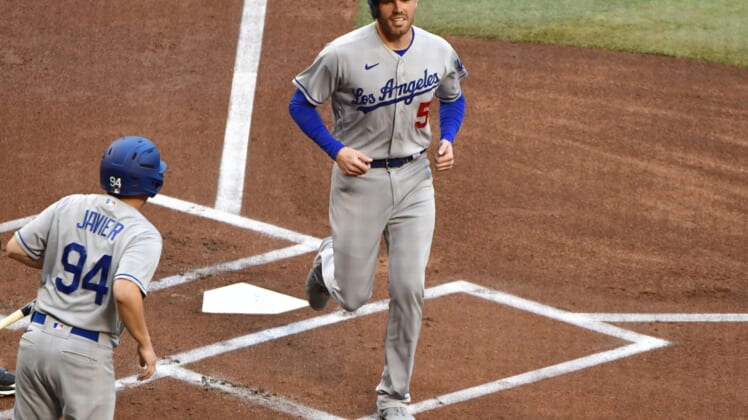 Walker Buehler struck out 10 while pitching the first complete game in the major leagues this season as the Los Angeles Dodgers earned a 4-0 victory over the Arizona Diamondbacks on Monday in Phoenix.

Buehler (2-1) gave up just three hits and no walks en route to his first career shutout.

Trea Turner hit a two-run double nine pitches into the game, Max Muncy added an RBI double and Will Smith launched a home run for the Dodgers, who are 11-2 since the end of the season’s first series.

Buehler entered the night with 11 total strikeouts over his first three starts this year. He then delivered his 13th career outing with double-digit strikeouts.

The right-hander threw 108 pitches — the highest total in the majors this year. He retired 15 consecutive hitters before David Peralta singled with two outs in the ninth inning.

Diamondbacks starter Merrill Kelly (1-1) gave up three runs on seven hits over six innings with two walks and four strikeouts. Daulton Varsho and Christian Walker had the only other hits off Buehler, also singles.

In their return to Arizona barely three weeks after breaking camp at spring training, the Dodgers got off to a quick start. Mookie Betts opened the game with a walk against Kelly and Freddie Freeman doubled into the right field corner.

Turner followed with a two-run double to left to give him 15 RBIs through his first 16 games.

Muncy boosted the Los Angeles advantage to 3-0 in the fifth inning with a two-out RBI double to right-center that scored Betts.

Smith hit his second home run of the season with one out in the eighth inning, taking left-hander Tyler Gilbert deep. Gilbert was recalled from Triple-A Reno earlier Monday.

By taking the series opener, the Dodgers now have two chances to win their fifth consecutive series after dropping a season-opening, three-game set at Colorado.

The Diamondbacks took their third loss in four games.