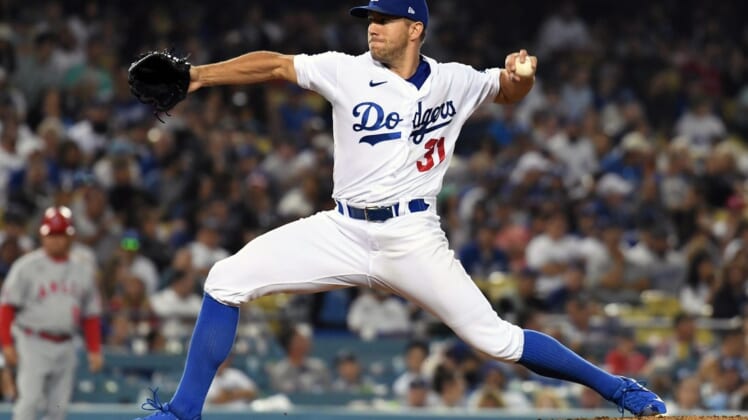 Tyler Anderson lost a no-hit bid with one out in the ninth inning while leading the Los Angeles Dodgers to a 4-1 victory over the visiting Los Angeles Angels on Wednesday.

On the verge of the third no-hitter of the major league season, Anderson struck out former American League MVP Mike Trout to open the ninth inning, but reigning MVP Shohei Ohtani ripped a line-drive triple to right field in front of a diving Mookie Betts.

Anderson, a 32-year-old left-hander who has pitched for five clubs in the past four seasons, threw a career-high 123 pitches while improving to 8-0 on the year and dropping his ERA to 2.82. He wasn’t even a member of the Dodgers’ rotation until late April, when Andrew Heaney went on the injured list.

After Ohtani’s triple, Anderson exited having walked two and struck out eight. Dodgers closer Craig Kimbrel entered and gave up an RBI single to Matt Duffy. The right-hander followed by striking out Jared Walsh and Brandon Marsh to finish off the victory.

Will Smith and Trea Turner hit home runs for the Dodgers, who swept the two-game set with the Angels after they were swept in a three-game series against the rival San Francisco Giants over the weekend.

The Angels saw their offense struggle for the second day in a row, as they had just one hit over the first eight innings Tuesday in a 2-0 loss to the Dodgers.

Angels rookie starter Reid Detmers (2-3), who fired a no-hitter on May 10 against the Tampa Bay Rays, gave up four runs on four hits and three walks over 3 2/3 innings. He struck out six.

Aside from Anderson’s two walks and a hit batter, the Angels put runners aboard in the first and seventh innings on Dodgers errors. In between, Anderson retired 17 consecutive Angels batters.

The Dodgers jumped out to a 3-0 lead in the first inning on walks to Freddie Freeman and Turner in front of a home run by Smith, his eighth. Turner hit a home run to lead off the bottom of the third, his eighth of the season, giving him a hit in 35 of his last 36 games.