Dodgers to retire Gil Hodges’ No. 14 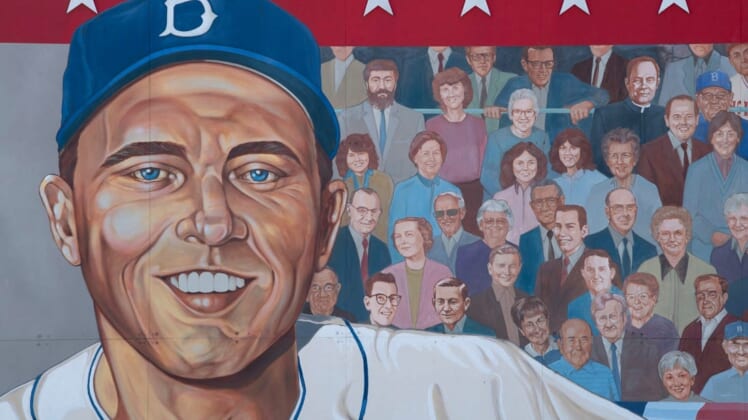 The Los Angeles Dodgers will retire the No. 14 worn by soon-to-be-inducted Hall of Famer Gil Hodges on June 4, the team announced Thursday.

“When you mention all-time greats in Dodger history, Gil Hodges is among the finest to ever don Dodger blue,” Dodgers president Stan Kasten said in a news release. “We are thrilled that he will finally take his place in Cooperstown alongside the games greats and look forward to honoring him.”

He also is one of just 18 players in major history to hit four homers in a game. He accomplished the feat against the Boston Braves on Aug. 31, 1950.

Hodges spent the final two seasons of his playing career with the New York Mets (1962-63). He later managed the “Miracle Mets” to the 1969 World Series crown.

Hodges died of a massive heart attack on April 2, 1972, two days prior to his 48th birthday.