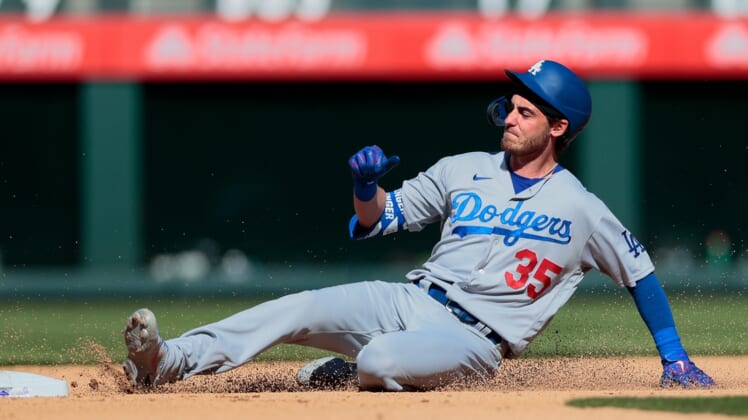 Los Angeles Dodgers star Cody Bellinger, who was placed on the 10-day injured list with a left calf contusion sustained on April 6, will likely miss more time after a scan showed a hairline fracture in his left fibula Friday.

Dodgers manager Dave Roberts broke the news in a pregame conversation with reporters leading up to the team’s highly anticipated three-game set with the host San Diego Padres.

“It’s not a day-to-day thing,” Roberts said on his star first baseman/outfielder.

Bellinger’s injury occurred when he was cleated by Oakland Athletics relief pitcher Reymin Guduan while trying to beat out a ground ball at first base in an eventual 5-1 victory in the fifth game of the Dodgers’ season.

The 25-year-old dealt with a shoulder injury most of the offseason but recovered in time to make his debut Opening Day.

Bellinger was hitting .211 with no home runs and just two RBIs in 19 at-bats before the injury.

The Dodgers will continue to turn to Mookie Betts, Chris Taylor, AJ Pollock, Zach McKinstry and Luke Raley in the outfield while Bellinger is on the shelf.

Pollock, however, will be day-to-day for the Padres series with a groin injury.