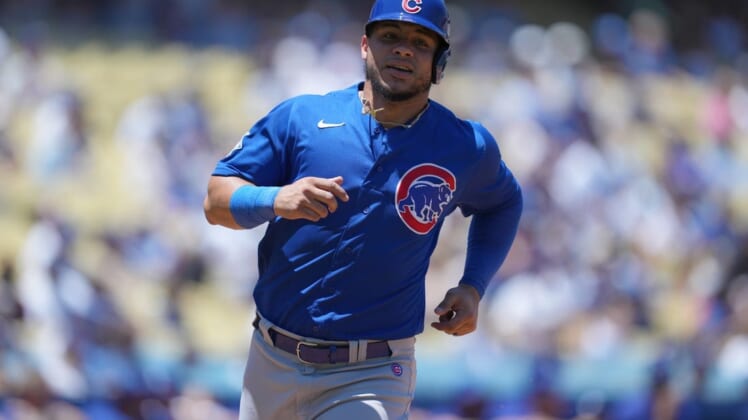 Trea Turner’s two-run single capped a six-run third inning and the Los Angeles Dodgers rallied for an 11-9 victory over the visiting Chicago Cubs on Sunday to complete a four-game series sweep.

Freddie Freeman hit a home run among his four hits as the Dodgers won their seventh consecutive game and the 11th of their last 12. Los Angeles also went 10-1 on a season-long 11-game homestand.

P.J. Higgins hit his first-career grand slam and David Bote added a three-run shot for the Cubs, who went 2-5 on their final road trip before the All-Star break.

In his first start since May 30 because of an oblique strain, Cubs left-hander Drew Smyly gave up four runs on five hits in two innings and 56 pitches.

The Cubs got the scoring fest going early on Nico Hoerner’s RBI single and Higgins’ grand slam in the first inning against Urias. The Dodgers made their own first-inning noise with Will Smith (double), Justin Turner (single) and Max Muncy (sacrifice fly) all driving in runs to cut the deficit to 5-3.

The Cubs extended their lead to 8-3 in the third inning on Bote’s three-run shot, his first of the season in 11 games after a late start to the season following shoulder surgery.

The Dodgers moved in front for good with the six-run third. Smith had an RBI groundout and Gavin Lux walked with the bases loaded as Los Angeles pulled within 8-5. Mookie Betts appeared to make the last out of the inning on a ground ball to third base, but Patrick Wisdom’s throw to first base was off the mark, allowing two runs to score. The Dodgers pushed ahead 9-8 on Trea Turner’s two-run single.

Freeman’s home run came in the sixth inning, his 11th of the season, while Nelson Velazquez hit one in the eighth for the Cubs, his second.

Dodgers right-hander Phil Bickford (1-1) earned the win despite allowing three runs in his one inning, while Brusdar Graterol earned his third save.

Mark Leiter Jr. (2-4) took the loss after giving up an unearned run in one-third of an inning.