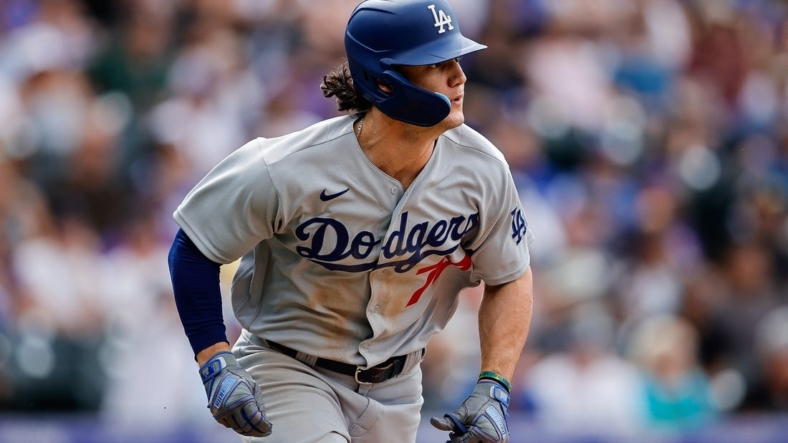 Rare is typically an apt description of the likelihood of hitting for the cycle, but don’t tell Los Angeles Dodgers prospect James Outman.

The No. 13 prospect in the team’s system per MLB.com rankings, Outman posted the first cycle — recording a single, double, triple and home run in a game — in 11 years for Oklahoma City on Friday night, capping the feat with a walk-off home run.

On Tuesday night, Outman went for the cycle again despite being walked in the seventh and eighth innings. He’s the first professional player to cycle twice in one season since the Brewers’ Christian Yelich in 2018.

Outman, 25, might just be an anomaly. In his Major League debut as the starting right fielder with the Dodgers on July 31, he homered in his first at-bat as a big leaguer and flirted with a cycle.

On Tuesday night, Outman smacked his ninth home run with the Triple-A team in his first plate appearance, doubled his next time up and recorded a triple two innings later. Outman’s ninth-inning single sealed his second cycle.