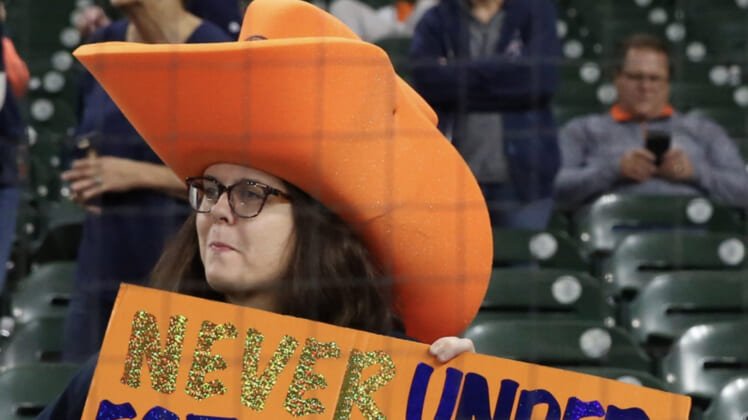 A pretty major story broke around the Major League Baseball world on Tuesday with the hot stove heating up.

The Athletic confirmed previous suggestions that the Houston Astros stole signs during a 2017 season that culminated in a World Series win over the Los Angeles Dodgers.

There now appears to be pretty strong evidence backing up the claim, as MLB conducts an investigation.

In talking about the allegations, Dodgers President Andrew Friedman acknowledged there was “scuttlebutt” surrounding it at the time, but didn’t want to expand on his thoughts.

This is a pretty mature response from Friedman. Other teams might not be as kind, especially after the Dodgers dropped said World Series in seven games.

But as the executive noted, “it sounds like sour grapes to speak to it.”

MLB Commissioner Rob Manfred and Co. likely won’t agree, especially with the drama we’ve seen within the Astros front office over the past month-plus.