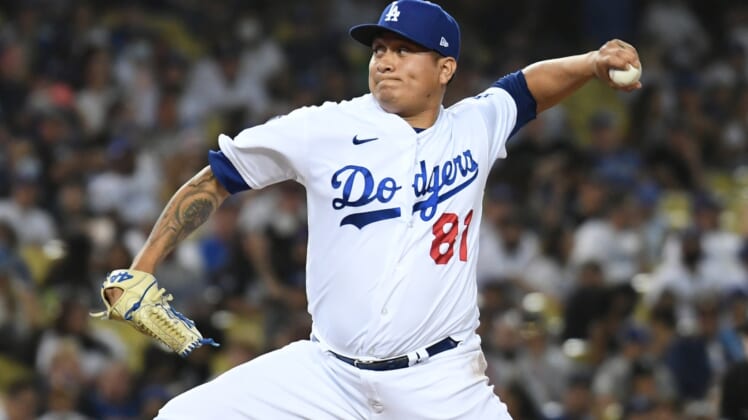 The Los Angeles Dodgers placed left-hander Victor Gonzalez on the 10-day injured list Thursday, one day before the team plays its season opener on the road against the Colorado Rockies.

Gonzalez, who was 3-1 last season with a 3.57 ERA, is dealing with left-elbow inflammation.

The Dodgers announced a 16-pitcher staff to open the season, with left-handers Tyler Anderson, Justin Bruihl, Garrett Cleavinger, David Price and Alex Vesia all in the bullpen. Right-hander Tommy Kahnle and left-hander Caleb Ferguson also will open the season on the IL, with both on the mend following Tommy John surgery.

Right-handed reliever Phil Bickford, who had a 4-2 record and a 2.50 ERA in 56 appearances for the Dodgers last season, will open the season at Triple-A Oklahoma City because of limited work this spring.

Gonzalez has 59 career appearances over two seasons with the Dodgers, going 6-1 with a 2.75 ERA. He also has a 2.70 ERA in eight postseason appearances.