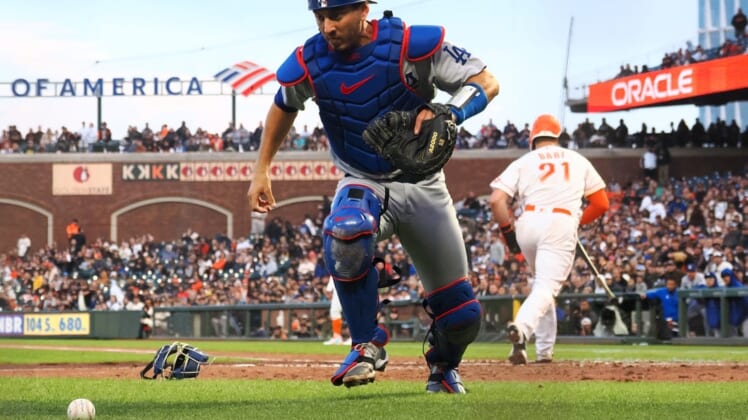 To make room for Wolters on the 40-man roster, infielder Rylan Bannon was designated for assignment.

Players may spent 3-7 days on the family emergency (or bereavement) list in the case of medical emergency or death in the player’s immediate family.

Barnes, 32, is batting .171 with four home runs and 15 RBIs in 42 games this season. A career .221 hitter with 28 home runs and 127 RBIs, Barnes signed a two-year extension with the Dodgers last month. In recent seasons he has served as the primary catcher for left-hander Clayton Kershaw.

Wolters, 30, signed with the Dodgers on a minor league deal last season, and came to terms on another minor league deal with the club before spring training. The veteran of six major league seasons with the Colorado Rockies, Wolters was batting .216 with 24 RBIs in 50 games at Triple-A Oklahoma City.

The Dodgers claimed Bannon, 26, off waivers last week from the Baltimore Orioles.