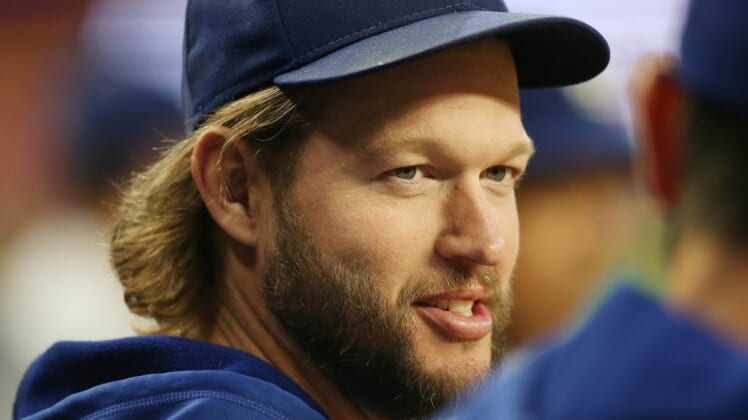 The Los Angeles Dodgers and ace Clayton Kershaw finalized a one-year deal Sunday for the franchise icon to remain with the team for the 2022 season.

The deal is worth $17 million plus incentives, multiple reports said Friday.

Kershaw, who turns 34 on March 19, has spent the entirety of his 14-year career with the Dodgers.

King Kersh is back! pic.twitter.com/JNLwjU8A0e

Kershaw sustained a left forearm injury in his final appearance of the 2021 regular season on Oct. 1 and missed the postseason. He also missed two months earlier in the season due to left forearm/elbow injury.

The Dodgers declined to make Kershaw a one-year, $18.4 million qualifying offer in November, sending the eight-time All-Star into free agency.