Dodgers keeping foot on gas in series vs Marlins 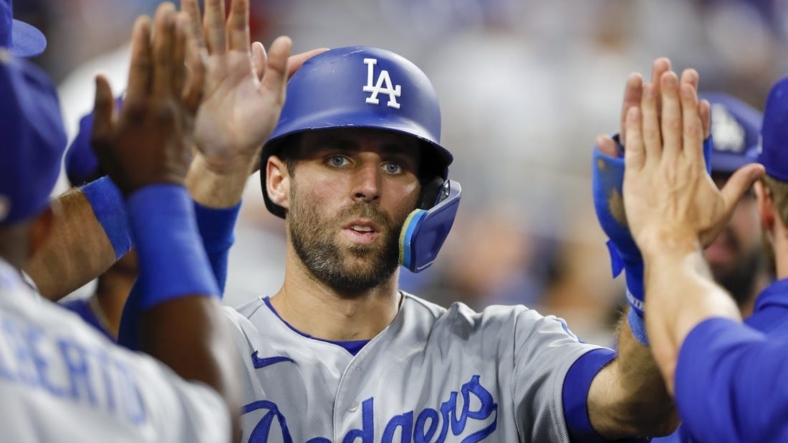 The Los Angeles Dodgers, who lead the second-place San Diego Padres by nearly twenty games in the National League West, will begin to rest some of their starters at some point to prepare for a postseason run.

The Dodgers, who will play the third contest of a four-game series against the host Miami Marlins on Sunday, have the best record in the major leagues, and manager Dave Roberts wants to make sure he takes care of his players heading into the stretch.

“I think in the next couple weeks, I’ll start having some conversations with players as far as taking a day here or there,” Roberts said. “Once we get to September, we’re going to have two more players — one position player, one pitcher.

“That can kind of enhance the roster and also can cut back (workload) a little bit.”

The Dodgers are 15-9 this year when starting Urias, who led the NL with 20 wins last season.

This season, Urias has recorded a quality start in 14 of his 24 outings. He has yet to face the Marlins this season, but in two career starts against them, he is 1-1 with a 6.75 ERA.

Cabrera, who has never faced the Dodgers, appears to have made strides in the right direction compared to last season. He made his major league debut last year, going 0-3 with a 5.81 ERA in seven starts.

The right-hander has been pitching particularly well in August, allowing no runs in 22 2/3 innings across four starts.

But Cabrera is not the only rising star that Miami has to feature. Infielder Charles Leblanc and outfielder Peyton Burdick — who have a combined 41 games of major league experience — are also trying to make names for themselves.

“Just playing day to day is going to help them,” Mattingly said of Leblanc and Burdick. “From game to game, they are making adjustments, and then they face a team like the Dodgers, one of the best teams in the league.

“But no matter who we are playing, these guys are getting experience.”

The Marlins have not backed down from the Dodgers, though, taking Los Angeles to extra innings on Friday before beating it 2-1 on Saturday.

However, the Marlins have yet to slow down Mookie Betts. In the first two games of the series, Betts is 5-for-10 with three homers, one double and five RBIs.

Miami has also shown a willingness to compete over the past two games — like when Marlins right fielder Brian Anderson was ejected by umpire D.J. Reyburn on Saturday for arguing a call in which he was tagged out at second base.

“I was pushed off the bag (by Dodgers second baseman Chris Taylor),” Anderson said. “I guess the umpire didn’t think so, and I told him to use his eyes.

“He ejected me. It was a charged atmosphere. Both teams were playing passionately. I have to do a better job checking my emotions. That (ejection) is not something I’m proud of, and it’s not something I’ve ever done in my career.”