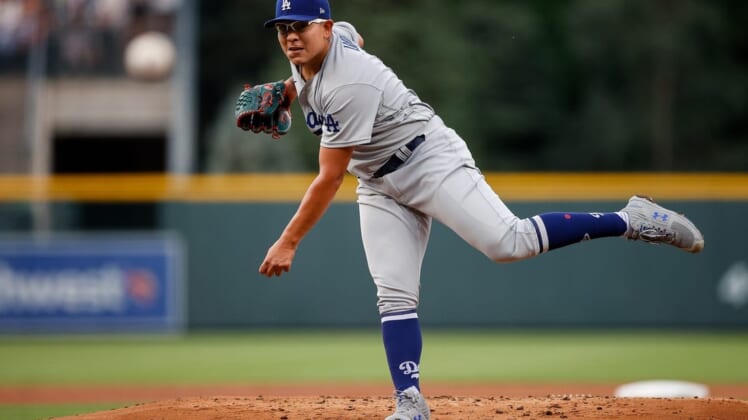 The way Los Angeles Dodgers manager Dave Roberts sees it, he has at least five more All-Stars on top of the two already named to the National League squad.

One of those candidates will take the mound at home Sunday when left-hander Julio Urias faces the Chicago Cubs in his last home start of the first half.

With right fielder Mookie Betts and shortstop Trea Turner already named All-Stars for the July 19 game at Dodger Stadium, Roberts will be hard pressed to talk his way into five more Dodgers on the squad.

“I could get on my soapbox and have a case for each one and I think it would be valid,” Roberts said Saturday, before the Dodgers earned a 4-2 comeback victory over the Cubs. “I might be a little biased but I really believe it’s just stating facts.”

Roberts never did name his magnificent seven, although along with Betts, Turner and Urias, other candidates would be Clayton Kershaw, Tony Gonsolin, Will Smith and Freddie Freeman. The Dodgers will host the game for the first time since 1980.

All-Star Game pitchers and reserves will be named Sunday.

Urias was the only 20-game winner in the major leagues last season, but the veteran of seven seasons has never been an All-Star. He has helped his cause with the seventh-best ERA in the NL and a 1.03 WHIP that is in the top 10.

Urias has also earned the win in each of his last four starts, giving up one run on five hits over six innings Monday in a 5-3 victory over the Colorado Rockies.

In five career appearances (three starts) against the Cubs, he is 1-1 with a 3.38 ERA. In a June start against Chicago last season, Urias recorded 12 of his 16 outs by strikeout.

After Marcus Stroman returned from the injured list Saturday for the Cubs, left-hander Drew Smyly (2-5, 3.80) is expected to come back on Sunday. Smyly (oblique) has not pitched since May 30.

Chicago had won six of eight games in a recent resurgence, but that was before the Cubs arrived in Los Angeles. Now they are facing the prospect of a four-game sweep at the hands of the National League’s top team.

Yet the Cubs continue to be competitive. Seven of their last eight defeats were by two runs or fewer. The other one was in extra innings.

On Saturday, they ran into a buzzsaw in Kershaw, who struck out 10 in 7 2/3 innings.

“We were ahead in the games at some point and it just slips through our fingers,” said the Cubs’ Patrick Wisdom, who had a hit and a run Saturday. “It’s tough to swallow. Any loss is like that for sure. I think we’re playing good baseball. Little things kind of add up but we’ve been on a pretty good stretch.”

In six career appearances (four starts) against the Dodgers, Smyly is 0-2 with a 4.22 ERA. He took the loss against Los Angeles at home May 7 when he gave up three runs (two earned) over 4 1/3 innings.