Dodgers happy to be home to face Phillies 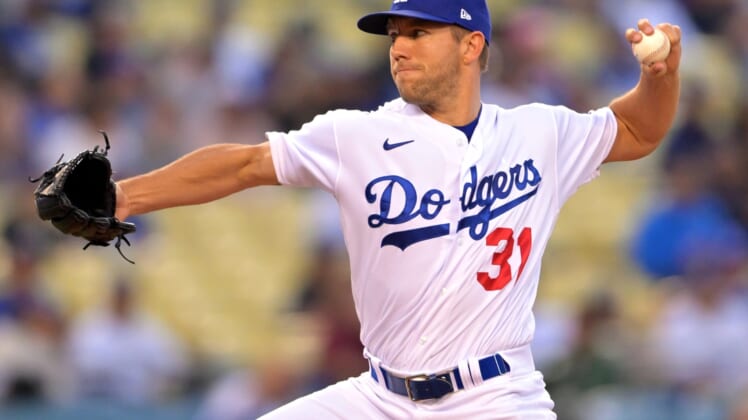 The best home team in baseball will reacquaint itself with familiar surroundings Thursday night when the Los Angeles Dodgers host the Philadelphia Phillies in the opener of a four-game series.

No team can top the Dodgers’ .833 home winning percentage, but Los Angeles has played just 12 games at home, the least of any National League team and tied for the lowest in the major leagues with the Cleveland Guardians.

The issue for Los Angeles is a 10-7 road record. The Dodgers enter the Philadelphia series after losing two of three at Pittsburgh this week.

“I mean, I think every team is going to bring their ‘A’ game against us and we’re gonna have a target on our backs because of what in the last five or 10 years this organization has done,” Dodgers catcher Will Smith said after his team’s 5-3 loss to the Pirates on Wednesday. “So yeah, guys are always going to want a shot at us, and it’s our job to come in and bring our ‘A’ game, too.”

Thursday’s game will be the opener of an eight-game homestand for the Dodgers. It also will be the first of seven games the teams will play against each other in an 11-day stretch, with three coming at Philadelphia from May 20-22.

Dodgers left-hander Tyler Anderson (3-0, 2.78 ERA) will enter his Thursday start coming off consecutive victories. In his first season with the club, Anderson has been in the rotation since lefty Andrew Heaney went on the injured list due to shoulder discomfort on April 20.

In his most recent outing, Anderson gave up two runs over five innings in the Dodgers’ 6-2 road victory over the Chicago Cubs during the second game of a doubleheader on Saturday.

Over four lifetime starts against the Phillies, Anderson is 2-1 with a 3.13 ERA, but he hasn’t faced them since 2018. He has struggled against Philadelphia’s Jean Segura, giving up six hits in 11 at-bats (.545) with a double and an RBI.

The Phillies remain on the West Coast after opening their two-city road trip by taking two of three games from the Mariners in Seattle. Rhys Hoskins gave the Phillies all the runs they needed with a fourth-inning grand slam Wednesday en route to a 4-2 win.

Hoskins was batting just .189 with a .638 OPS before facing the Mariners, then went 6-for-13 in the series with a home run in each game and seven RBIs.

The rainouts the Phillies had last Friday and Saturday, wiping out scheduled home games against the New York Mets, helped revitalize Hoskins.

“It’s not often you either get a couple days to rest and regain some energy or work,” he said. “It’s hard to take more swings than normal during the year, because you’ve got to go play.”

Manager Joe Girardi added of Hoskins, “We need him to continue to swing well and do what he is capable of doing.”

Former Dodgers reliever Corey Knebel got the final four outs for the Phillies on Wednesday to register his sixth save of the season.

Philadelphia will send right-hander Zack Wheeler (1-3, 4.10 ERA) to the mound on Thursday in his return from the COVID-19 injured list.

Wheeler came into spring training behind schedule due to an illness, but he has logged consecutive scoreless outings in his past two starts. He threw six innings of one-hit ball in a win over the Colorado Rockies on April 28, then tossed 7 2/3 sharp innings during a no-decision against the Texas Rangers on May 4. He fanned seven in each outing.

In five career starts against the Dodgers, Wheeler is 2-2 with a 4.66 ERA. He earned a victory with six scoreless innings at Dodger Stadium last June 16.