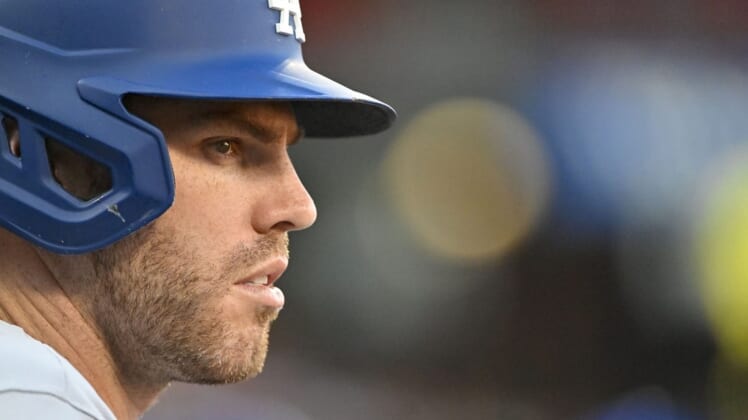 It will be Freeman’s sixth trip to the All-Star Game and his fourth nod since 2018.

In his first season with the Dodgers after 13 seasons with the Atlanta Braves, Freeman is batting .321 with a .530 slugging percentage. He has a major league-leading 114 hits with 13 home runs, 31 doubles and 39 RBIs over 90 games.

Freeman is also fresh off his 1,000th career RBI, which he recorded Saturday in a win over the crosstown rival Angels.

The Dodgers now have six players heading to the Midsummer Classic, with Freeman joining outfielder Mookie Betts, shortstop Trea Turner and pitchers Tyler Anderson, Tony Gonsolin and Clayton Kershaw. They’re tied with the New York Yankees, Toronto Blue Jays and Braves for the most representatives at the game.

A reason wasn’t officially listed for Marte missing the game, but he missed several games with a groin issue last week while avoiding a stint on the injured list. He returned Friday.

Earlier in the day, it was announced that Los Angeles Angels star Mike Trout won’t play in the All-Star Game due to back spasms. Seattle Mariners first baseman Ty France replaced him on the American League roster.