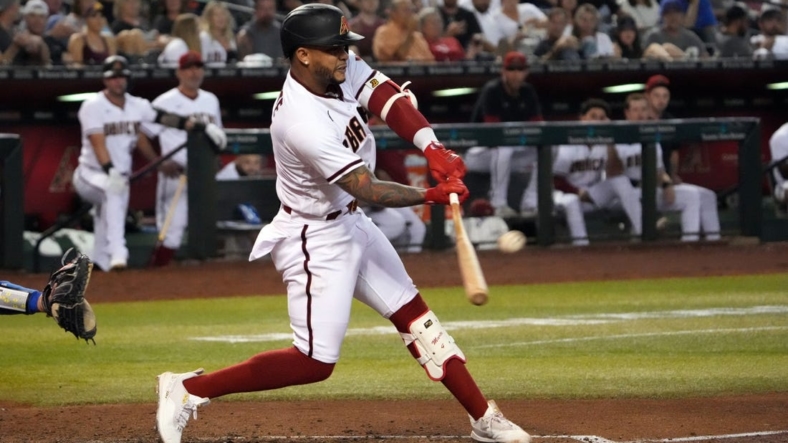 Trayce Thompson hit a tiebreaking sacrifice fly in the seventh inning as Los Angeles (97-43) locked down its 10th consecutive playoff appearance. The Dodgers also trimmed their magic number to one for clinching the NL West.

Anderson (15-3) allowed five hits, two walks and struck out two while continuing his career-best season. Evan Phillips pitched a perfect eighth and Phil Bickford struck out two in the ninth in a non-save situation.

Ketel Marte reached base three times on two hits and a walk for Arizona (66-74).

Los Angeles thought it clinched a playoff berth with Sunday’s 11-2 win over the San Diego Padres. But Major League Baseball acknowledged Monday that it overlooked a three-way tiebreaker scenario that would have left the Dodgers on the outside of the playoff picture.

Los Angeles took care of business in the latest opportunity while improving to 10-2 against the Diamondbacks this season.

Kyle Nelson (2-1) entered in the seventh and Max Muncy greeted him with a double off the center field wall. Justin Turner followed with a comebacker and Muncy was hung up off second, but Kyle Nelson made a wild throw to second and Turner was safe at first.

After pinch hitter Chris Taylor walked to load the bases, Kevin Ginkel was called upon and gave up Thompson’s sacrifice fly. Bellinger followed with his double to right-center to make it 3-0.

The Dodgers doubled their lead in the ninth as Turner and Bellinger singled before Betts slammed a three-run homer to left off Keynan Middleton with two outs. The homer was Betts’ 34th of the season.

While the game was scoreless, Trea Turner tripled off Ryne Nelson with two outs in the sixth and Freddie Freeman was intentionally walked. Ryne Nelson got out the inning by retiring Will Smith on a fly to center and then exited the contest.