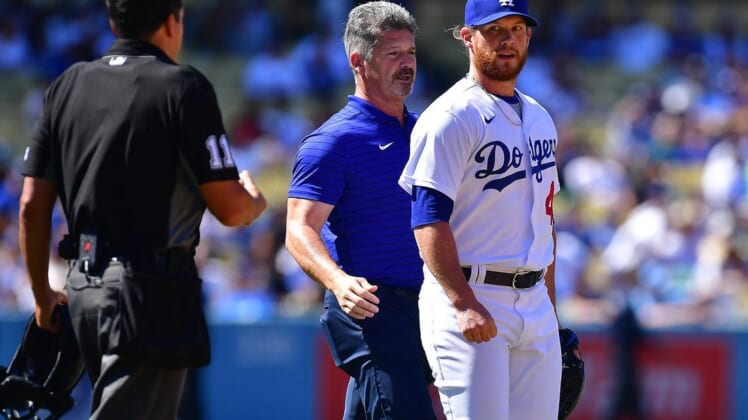 With one out in the ninth inning, a 100.5-mph line drive by Jake Cronenworth struck the veteran right-hander in the upper back.

Roberts and trainer Nate Lucero checked on Kimbrel, who stayed in the game only to suffer his third blown save of the season.

Cronenworth, who reached on an infield single on the play, scored on Luke Voit’s RBI double to tie the game at 1-1. C.J. Abrams, running for Voit, scored on Eric Hosmer’s single to give the Padres the lead and chase Kimbrel.

“We took a scan, scans were negative,” Roberts said after the game. “It was kind of right below the scapula. [He] almost made the play. Just unfortunate how that inning played out.

“But as far as health, he’ll be down for a couple days and the expectation is he’ll be ready go then.”

The Dodgers open a three-game series at home against the Colorado Rockies on Monday night.