Dodgers’ Cody Bellinger exits game after being drilled in the knee 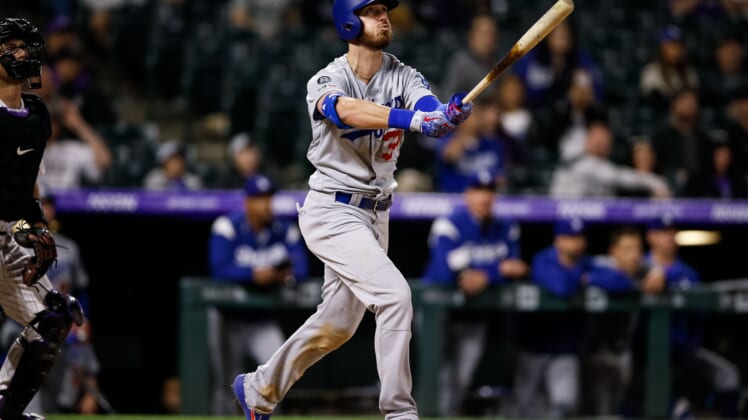 The Los Angeles Dodgers and star outfielder Cody Bellinger are going to going through some tense moments over the next several hours.

Bellinger was drilled in the knee in the third inning of Monday’s game against the Cincinnati Reds and starting pitcher Luis Castillo.

As you can hear, it didn’t sound too great.

While Bellinger attempted to walk it off, he ultimately had to exit the game.

There’s obviously no further word as it relates to Bellinger’s knee. He’ll have to likely get an MRI at some point after the game.

We’ll have further updates when they become available.