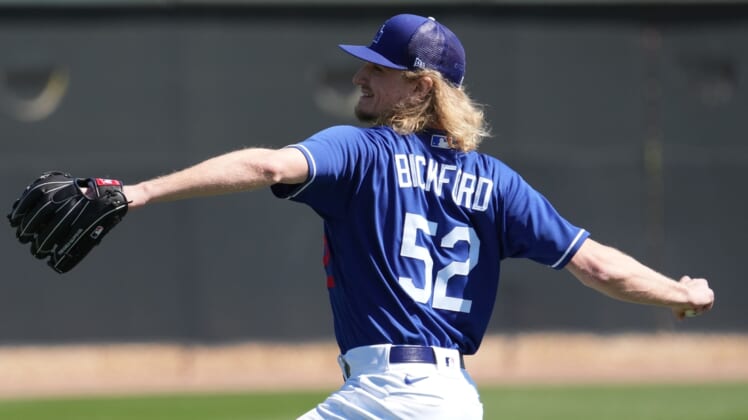 The Los Angeles Dodgers called up right-handed pitcher Phil Bickford from Triple-A Oklahoma City and optioned left-hander Garrett Cleavinger before the team’s game against the Cincinnati Reds on Sunday.

Bickford, a 26-year-old native of Southern California, appeared in four games for Oklahoma City, going 0-0 with a 3.00 ERA in three innings, with three strikeouts. He went 4-2 with a 2.50 ERA in 50 1/3 innings for the Dodgers last season after they selected him off waivers from Milwaukee.

Cleavinger, who turns 28 this week, pitched in one game for the Dodgers this season, allowing one run on two hits in two-thirds of an inning. He has spent parts of three seasons in the majors with the Philadelphia Phillies (2020) and Dodgers (2021-22), going 2-4 with a 3.72 ERA in 24 games (one start).