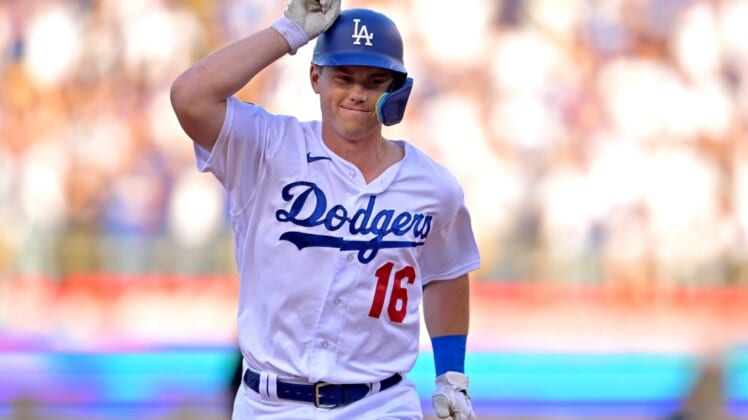 Will Smith and Justin Turner hit three-run home runs, and Dustin May gave up just one hit in his return to the rotation as the Los Angeles Dodgers cruised to a 7-0 victory over the visiting Miami Marlins on Saturday.

Aside from a slight hiccup in the opening inning, May (1-0) looked dominating once again after not pitching the last 15 months following Tommy John surgery. The right-hander has just 20 career starts in 32 appearances but was a key contributor to Los Angeles’ 2020 World Series title run.

Marlins starter Bryan Hoeing was rocked for seven runs on eight hits over three innings in his major league debut. Hoeing (0-1) was added to the roster as an emergency starter Saturday after scheduled starter Braxton Garrett went on the injured list with an oblique strain.

May appeared to be the pitcher making his major league debut in the early going.

The Marlins loaded the bases in the first inning on a Joey Wendle single and two-out walks to JJ Bleday and Brian Anderson on eight consecutive May pitches out of the strike zone. But Nick Fortes struck out to end the early Miami threat.

The Dodgers’ offense got going quickly. Trea Turner and Freddie Freeman singled with one out in the first inning before Smith hit a ball over the wall in left field for his 18th home run of the season.

The Dodgers made it 4-0 in the third inning when Freeman delivered an RBI single. Two batters later, Justin Turner added the Dodgers’ second three-run home run against Hoeing. It was his ninth on the season.

May struck out nine in his five innings of work on 71 pitches and had just the two first-inning walks.

The Dodgers extended their home winning streak to eight games and have not dropped a decision in their own park since July 26. The Marlins lost for the seventh time in their last nine games.