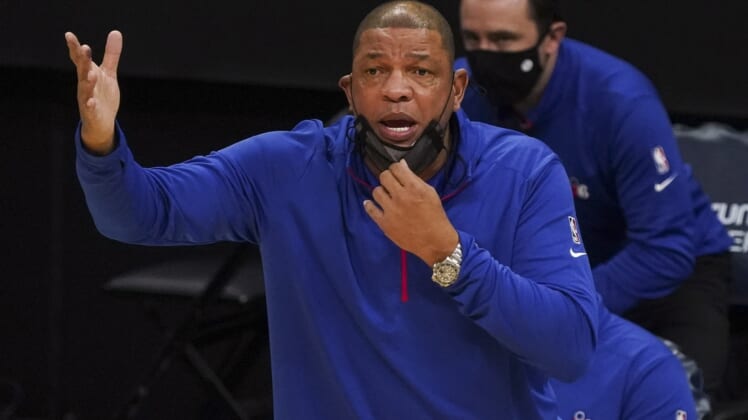 Doc Rivers, in his first season as head coach of the Philadelphia 76ers, is headed back to the All-Star Game.

Rivers will coach Team Durant in the midseason exhibition, March 7 at Atlanta. He earned the nod because the 76ers will own the best record in the Eastern Conference through Sunday’s game, which is the cutoff point for the determination.

Rivers, who has been in the NBA as a player or coach for most of the past 37 years and is coaching his fourth team in the league, wasn’t exactly overwhelmed about the prospect of heading to Atlanta. He said before Friday’s game, “I prefer to golf,” although he laughed and cited the honor as a reflection of his team’s success.

Rivers, 59, was the Eastern Conference’s All-Star coach in 2008 and 2011 during his nine-year tenure as the Boston Celtics’ head coach. He also played the game in 1988 as a member of the Atlanta Hawks.

This year, he will be in charge of the squad selected by team captain Kevin Durant of the Brooklyn Nets.

The opposing team, selected by Los Angeles Lakers star LeBron James, will be coached by the Utah Jazz’s Quin Snider.

The All-Star Game starters were revealed Thursday, and the reserves, selected by NBA coaches, will be announced Tuesday. James and Durant will choose their rosters on March 4.