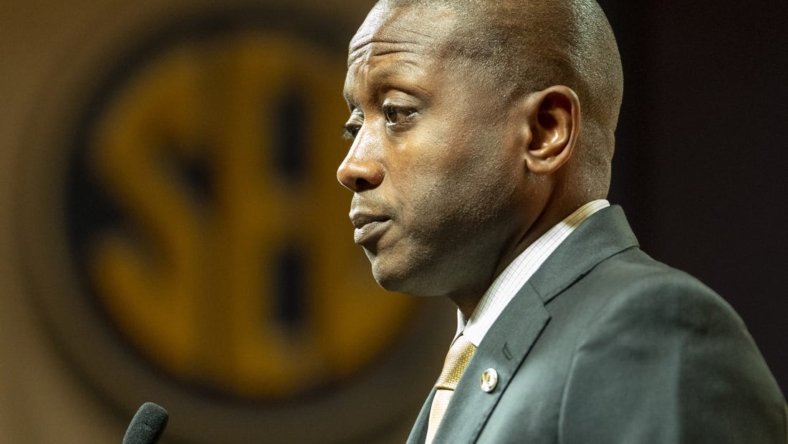 The Tigers played their fourth game in nine nights, with three of their opponents, including the Cougars, coming from the Ohio Valley Conference.

Once again the Tigers came out pressuring the ball on defense and trying to push a brisk pace on offense to start the game. Overall, they forced 21 turnovers that led to 26 points.

Missouri bolted to a 16-6 lead less than 4 1/2 minutes into the game with D’Moi Hodge hitting a 3-point jumper in transition, two put-backs at the rim and a fadeaway jumper from the free-throw line.

Jalen Hodge stemmed the tide for the Cougars with a 3-point jumper, and Thompson soon added two free throws and a runout dunk.

With Missouri forced to play with five guards due to foul trouble, Taylor scored two floaters in the lane cut the lead to 25-19 midway through the half.

But D’Moi Hodge scored six straight points for the Tigers as they pushed their lead to 35-21 and regained control of the game.

Missouri used a 13-4 surge closing the first half — sparked by East’s three-point play on a driving scoop shot — to take a 52-31 lead.

A 10-0 second-half run, with D’Moi Hodge contributing two 3-pointers and a dunk, pushed the Missouri lead to 69-40 and the rout was on.