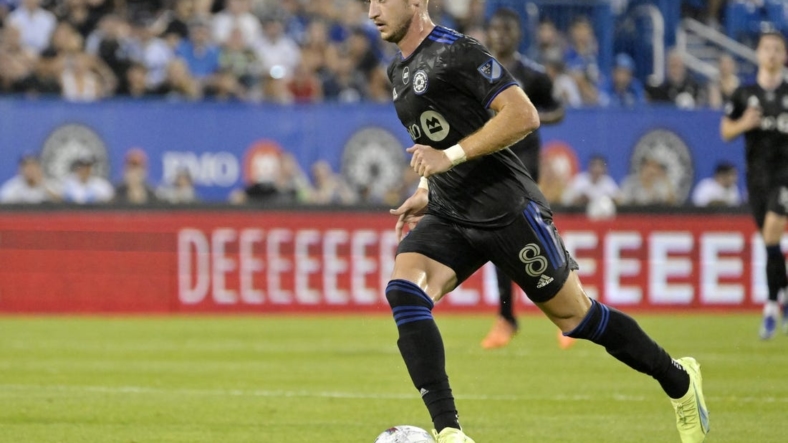 Djordje Mihailovic is intent on giving his all during his remaining time with CF Montreal.

Mihailovic, 23, has recorded a career-high seven goals to go along with four assists for CF Montreal, who carry a seven-match unbeaten streak (5-0-2) into Saturday’s encounter. They continued their winning ways with a 4-0 home romp over the New England Revolution last Saturday.

Mihailovic, who will be with CF Montreal until the end of the season, will square off against the club with which he spent his first four MLS campaigns.

While Mihailovic likely will be on the field Saturday, midfielder Matko Miljevic will not. He will be forced to serve a one-match suspension because of simulation/embellishment in the 87th minute of the match versus the Revolution.

Chicago has followed a five-match unbeaten streak (4-0-1) with consecutive losses, including a 2-0 setback at home to New York City FC on Sunday in which the Fire didn’t register a shot on goal.

“I wish I could give you an explanation, but I don’t have one because as I just told them inside, that was very disappointing,” Fire coach Ezra Hendrickson said, according to the Chicago Sun-Times. “That was by far our worst performance this year and to give that type of performance at this time of the year, in this crucial, critical time of the season, it’s just not acceptable.”

Kacper Przybylko leads the Fire with five goals this season, with just two coming in his last 11 games.