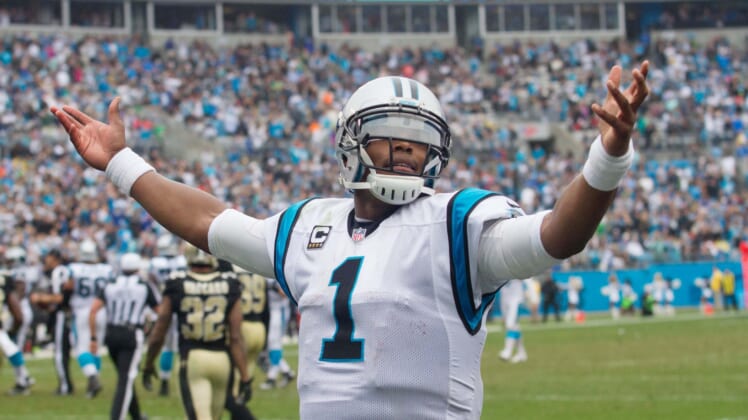 Based on the picture selected of Newton on his petition page (throwing 12th Man flag onto field after Panthers beat the Seahawks last weekend), it is immediately clear what the crux of his argument will be based on. And here it is:

“Cam Newton is one of the most unprofessional, unsportsmanlike individual on the face of the planet. So I say for the 2016-2017 when the Panthers come to play in Seattle he should be banned from entering the stadium. This should teach him to put his arrogance in check!!”

There are two ways to take what Newton did with that flag and during a couple other events of a similar ilk, like when he took down a Green Bay Packers banner down after beating them at home.

Some think it’s unsportsmanlike, like our friend here, Mr. Tilton. Newton is clearly being a complete jerk, in their minds, and needs to be taught a lesson in humility.

Others think players and teams should defend their house at any cost. Therefore fans bringing gear in to rep the opposing team deserve to have their banners and flags tossed down in defeat.

Whichever side of the fence you fall on, I think we can all (except the 12 others who agree with Mr. Tilton) agree that this petition isn’t going anywhere.