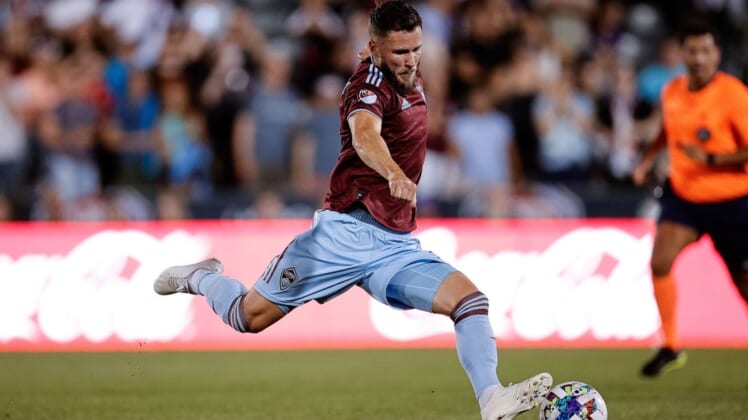 The Colorado Rapids owned the best record in the Western Conference last year, but this season they have been nothing but big disappointments.

The Rapids (5-8-6, 21 points) sit in 13th place in the 14-team conference and will make another bid to turn their season around when they face the Los Angeles Galaxy on Saturday night in Commerce City, Colo.

Colorado is a dismal 0-3-3 since posting a 1-0 home win over the Seattle Sounders on May 22. Even their mile-high altitude advantage isn’t helping, as the Rapids are winless in their past three matches (0-2-1) on home soil.

That includes Wednesday’s 1-1 home draw with Orlando City. The Rapids fell behind in the 22nd minute before Gyasi Zardes scored in the 65th minute so they could salvage a tie.

While acknowledging concerns about Colorado’s level of play, defender Keegan Rosenberry said he is encouraged that his teammates don’t give up.

“I think that fight and that resiliency is important for us to see in each other at this time of the year,” Rosenberry said. “It’s been a difficult start for us, everybody knows that. … The response is good, the mentality is good.”

They also could be without All-Star striker Javier “Chicharito” Hernandez for the second straight match due to the COVID-19 protocol. Chicharito is second on the squad with seven goals.

Forward Dejan Joveljic has a team-best eight goals after having both tallies in Wednesday’s 3-2 home loss to the San Jose Earthquakes.

Los Angeles allowed goals in the 13th and 14th minutes and trailed 3-0 at halftime before the comeback fell short.

“We didn’t have the right mentality to get to settle in the game,” Galaxy midfielder Victor Vazquez told reporters afterward. “It is about us not doing the right things. … It’s on us. It’s not about the technical staff. It’s about the players and we have to show a lot more.”

Forward Diego Rubio has a team-leading eight goals for Colorado, which is expected to be without captain and midfielder Jack Price (calf) for the fifth straight game.