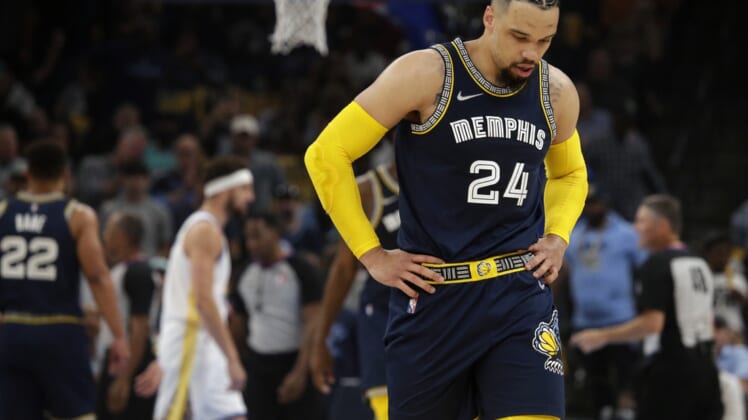 Memphis’ Dillon Brooks was issued a Flagrant foul 2 and ejected while Golden State’s Gary Payton II was injured in a rough start to Game 2 of the Western Conference semifinals between the Warriors and the host Grizzlies on Tuesday night.

Brooks wound up and slugged Payton across the head on a layup attempt, incurring the ejection at 9:08 of the first quarter. Payton landed awkwardly on the play and left with an apparent arm injury.

Payton made 1 of 2 free throws but left for the locker room afterward. He was ruled out for the rest of the game after having X-rays. He scored one point in three minutes.

In addition, Warriors forward Draymond Green required stitches on his face after he was hit by an elbow. He returned to the court with a swollen eye to start the second quarter.

No foul was called on that play.

Brooks went 0-for-3 from the field and had a steal before the ejection.