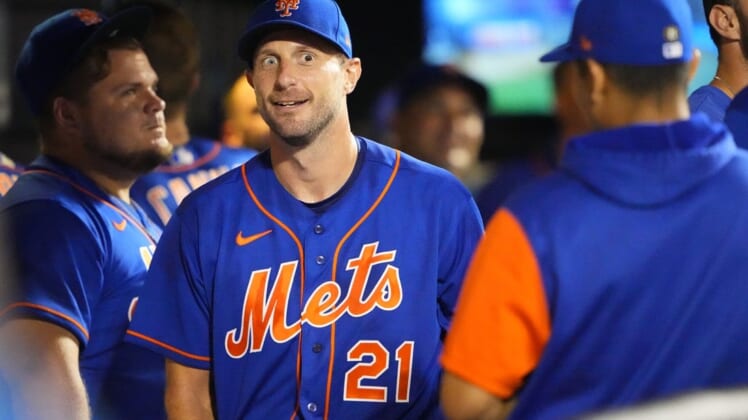 Interleague play eluded Buck Showalter by two years when he piloted the New York Yankees from 1992 to 1995, costing him a chance to manage Subway Series games.

Showalter finally managed in the series, now as skipper of the New York Mets, last month when his new team enjoyed two victories in Queens.

On Monday, Showalter gets his first crack at managing the rivalry in the Bronx, and he will have one of the team’s ace starting pitchers, Max Scherzer, making his first attempt at his 200th career win.

Both teams lead their respective divisions, but recent performances have swung more positive vibes toward the Mets.

The Mets own the second-best record in baseball behind the Los Angeles Dodgers and are 21-7 in their last 28 games, a run that began just before the two victories over the Yankees.

On Sunday, the Mets took three of four by rallying for a 10-9 victory in Philadelphia, powered by a pair of homers from Mark Canha, including a go-ahead two-run drive in the ninth.

“I don’t know — it’s pretty intense in our locker room right now,” said Showalter, who was replaced by Joe Torre after losing the 1995 American League Division Series in five games to the Seattle Mariners. “It’s a good club — a really good team. Another one. We just played one, we played one in Atlanta, and we play another good one tomorrow. We’ll grind it for nine innings and see what the baseball gods — where it takes us.”

New York capped an emotional weekend by getting a tiebreaking two-run homer from Andrew Benintendi in the seventh inning of Sunday’s 4-2 win over the Toronto Blue Jays to move eight games ahead of both the Jays and the Tampa Bay Rays.

“Hopefully this can kick-start a little streak here,” said Benintendi, who was acquired from Kansas City after the first series with the Mets ended. “Obviously, it’s not ideal, but we’re still in a great spot. We just need to get out of this funk and move forward.”

Scherzer (9-2, 2.15 ERA) is attempting to join Kansas City’s Zack Greinke and Houston’s Justin Verlander as the third active 200-game winner. He is 4-1 with a 1.82 ERA and 75 strikeouts in nine starts since returning from an oblique injury.

The Yankees’ Domingo German (1-2, 4.45) makes his seventh start since a shoulder injury delayed his season debut. German took a no-decision in an 8-7 win over Tampa Bay on Wednesday when he allowed three runs in 4 2/3 innings.