Did Julian Edelman suggest he wants to join Tom Brady in Tampa Bay? 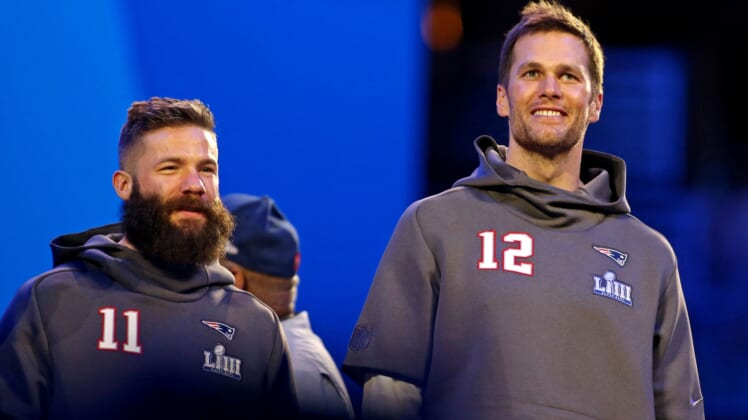 There’s no one on the New England Patriots’ roster left more alone by Tom Brady’s decision to sign with the Tampa Bay Buccaneers than best bud Julian Edelman.

The Super Bowl winning receiver attempted everything possible to get Brady back in New England. Unfortunately, it never came to fruition.

Edelman is now out here making noise with his social media activity. Check out a Tweet he just liked from all-time great former NFLer Deion Sanders.

We’re pretty sure that Edelman is Scottie Pippen in this scenario. Even then, the idea of him potentially requesting a trade to the Buccaneers isn’t completely impossible.

We have no idea how the Patriots’ roster is going to look in 2020. They have lost a ton of key contributors on both sides of the ball. Meanwhile, the quarterback situation remains up in the air following Brady’s departure.

If New England should decide to tank, trading Edelman would make a bunch of sense. Imagine him teaming up with Chris Godwin and Mike Evans catching passes from Tom Brady in Tampa. Whew.