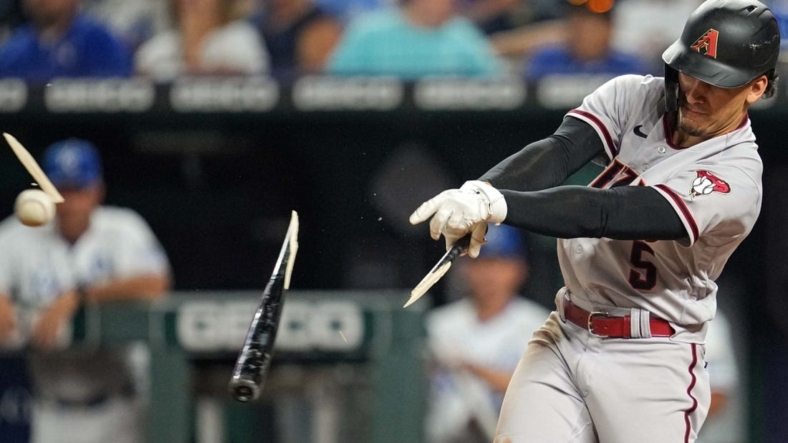 As the son of a longtime former Chicago White Sox employee, Arizona Diamondbacks rookie center fielder Alek Thomas hasn’t had to offer many introductions at Guaranteed Rate Field this weekend.

“When I go through the tunnel, I’ll know everyone pretty much,” Thomas said.

Contributing an RBI and two spectacular diving catches to Arizona’s 7-2 rout of the White Sox on Friday only helped Thomas expand his renown.

On Saturday night, he’ll aim to boost the Diamondbacks to an interleague series victory as a three-game set in Chicago continues.

Thomas often accompanied his father, Allen, to work growing up, and why not? The elder Thomas spent 27 seasons in the White Sox’s organization, including 18 as the club’s director of strength and conditioning.

While Alek Thomas played in Chicago when Arizona visited the Cubs in May, Friday marked his first appearance at the ballpark he long called a home away from home.

“That’s kind of where it all started, in a sense, just from being a little kid,” Thomas said. “I didn’t know if I would actually play there when I was littler. Now to be a player and go there and be on the opposing team, it’s … pretty cool.”

The White Sox have struggled against the Diamondbacks since well before Thomas was called up to the major leagues in May.

Friday’s victory stretched the Diamondbacks’ winning streak against the White Sox to six games as Arizona improved to 5-2 all-time at Guaranteed Rate Field.

Chicago lost for the seventh time in nine games overall to fall back to .500.

The defending American League Central champions still are sticking around in their bid to repeat, although injuries and inconsistency have been persistent problems.

Robert may be available to pinch hit this weekend, but La Russa hinted that it also is possible the team may rest him against the Diamondbacks and take advantage of Monday’s off day to avoid an appearance on the injured list.

“If he keeps getting sore, it’s not going to get better,” La Russa said. “Got tested (Friday). He’s got a little inflammation from just bruising it. Be careful with it and try to get him well.”

Martin last pitched in the majors on Aug. 9 at Kansas City, as he earned the victory behind 5 2/3 innings of one-run, three-hit ball with one walk and three strikeouts. Saturday will mark Martin’s first career interleague appearance.

Kelly has been dazzling over his past seven starts despite receiving little run support. He is 2-0 with a 1.76 ERA over that span, with 44 strikeouts in 46 innings. Kelly, who has not faced the White Sox in his career, is 4-5 with a 4.31 ERA in 11 interleague starts.