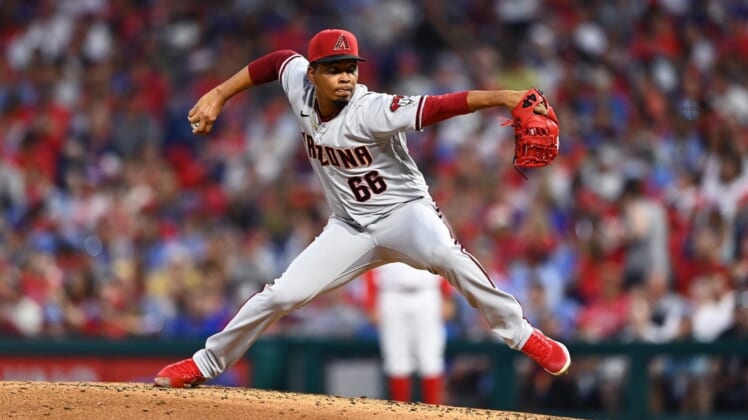 The Arizona Diamondbacks made a swap of right-handed pitchers on Sunday, recalling Edwin Uceta from Reno and optioning Sean Poppen to the Triple-A team.

Uceta, 24, has a 5.00 ERA in four games with the Diamondbacks this season, giving up six runs (five earned) in nine innings.

Poppen, 28, has appeared in 46 games for the Diamondbacks over the past two seasons. Arizona is his fourth team since 2019, when he made his major league debut. In his career, he is 2-3 with a 4.92 ERA.