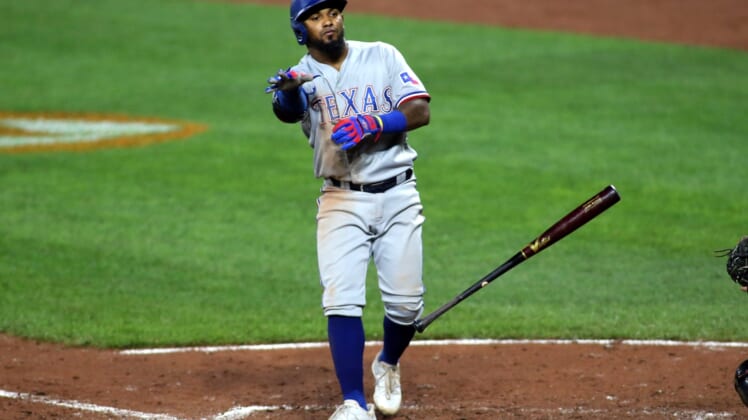 The move comes one day after Arizona optioned infielder Drew Ellis to Reno.

Hernandez, 23, was hitless in 13 minor league at-bats this season. He was 0-for-3 in one game for Triple-A Round Rock before Texas dealt him to the Diamondbacks and he went 0-for-10 in three games for Reno.

Last season, Hernandez reached the majors for the first time and batted .217 with no homers, six RBIs and 11 steals in 43 games for the Rangers.

Ellis batted .130 with one homer and five RBIs in 28 games for Arizona last season.