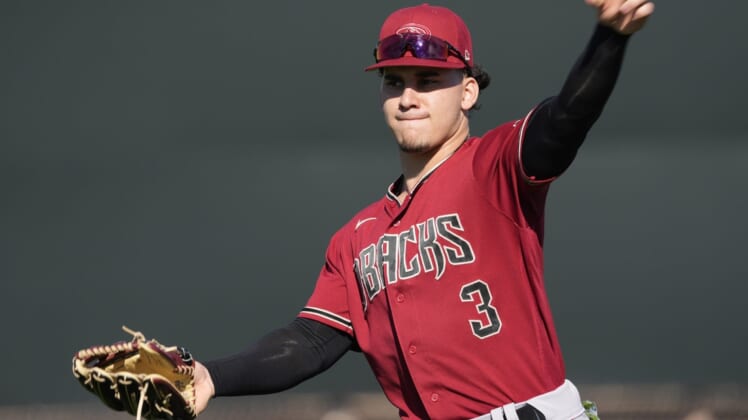 The 22-year-old outfielder could make his major league debut Sunday against the visiting Colorado Rockies.

Thomas is Arizona’s No. 1 prospect and rated No. 18 overall by MLB Pipeline. The 2018 second-round draft pick was the Diamondbacks’ 2021 minor league player of the year.

Thomas replaces catcher Carson Kelly on the active roster. Kelly was placed on the 10-day injured list, retroactive to Thursday, with a strained left oblique.