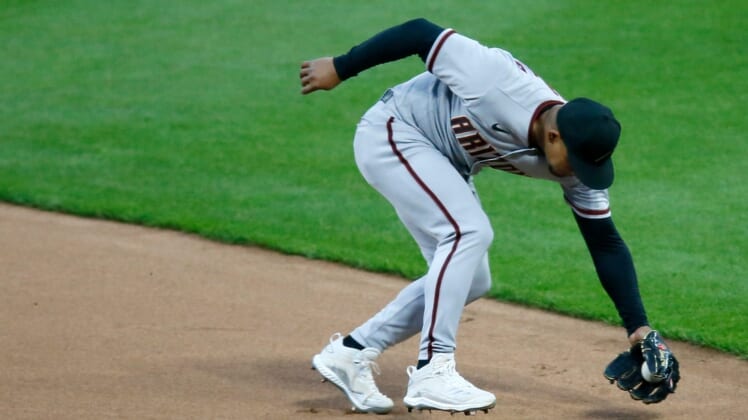 Kevin Ginkel and Stefan Crichton kept the Cincinnati Reds off the board after play resumed, and the visiting Arizona Diamondbacks made their go-ahead two runs in the eighth inning hold up for a 5-4 victory on Wednesday in the resumption of Tuesday night’s suspended contest.

Soon after, the umpires pulled the players off the field and the game was ultimately suspended. When play continued following a brief weather delay on Wednesday, the Diamondbacks still had the bases loaded but could not add on.

However, Ginkel pitched a perfect eighth and Crichton overcame a one-out single from Jesse Winker (two hits) in the ninth to pick up his second save of the season after he got Eugenio Suarez to strike out for the fourth time in the game. J.B. Bukauskas, who recorded the final out in the seventh, earned the win in his major league debut.

The Diamondbacks have won two straight following a stretch of four losses in five games. They’ve also won three in row this season over the Reds, who have dropped two consecutive at home after winning seven straight there.

Pavin Smith had three hits and scored twice for Arizona, which prevailed despite stranding 14 runners. Kole Calhoun added two hits as the Diamondbacks improved to 5-7 on the road in 2021.

Cincinnati’s Kyle Farmer, who put the Reds ahead with a two-run homer in the sixth inning, finished with two hits and three RBIs.

These teams continued the series with Wednesday’s scheduled night contest.