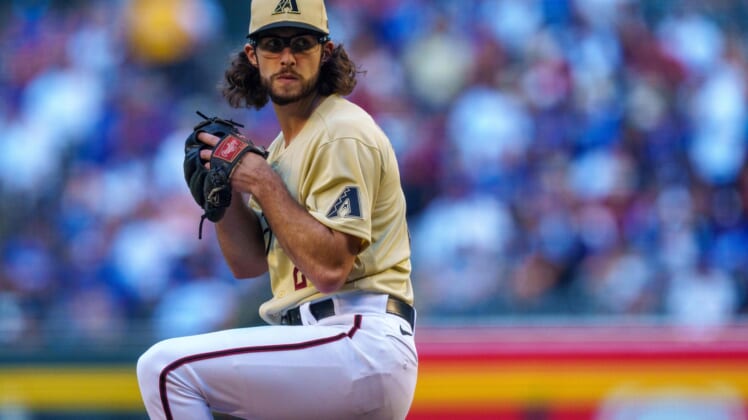 Zac Gallen got the better of a duel with Clayton Kershaw and the Arizona Diamondbacks earned a 7-2 victory Saturday against the playoff-bound Los Angeles Dodgers.

Gallen (3-10) gave up one run on just three hits over six innings, while Ketel Marte and Carson Kelly hit home runs as the Diamondbacks (50-105) won for just the third time in 18 games against the Dodgers this season. The teams will end their season series Sunday.

Trea Turner hit two home runs for the Dodgers (99-56), who lost for just the third time in their last 14 games. Los Angeles fell to 5-2 on their nine-game road trip.

Kershaw (10-8) gave up four runs (three earned) on six hits over 4 1/3 innings in his third start since returning from the injured list because of elbow inflammation. He threw 73 pitches after throwing 74 on Sunday at Cincinnati as he tries to build up his arm for the upcoming playoffs.

Kershaw’s three strikeouts gave him 2,669 for his career and moved him into sole possession of 26th on the all-time list.

Arizona took a 1-0 lead on Kershaw’s first pitch of the game when Marte went deep into the seats in left field for his 13th of the season. It was the first of three hits for Marte.

The Diamondbacks made it 2-0 in the second inning when Kelly hit Kershaw’s 1-0 pitch over the wall in left, also his 13th of the season.

Arizona increased the lead to 3-0 in the fourth inning when Christian Walker scored on a two-out throwing error from Dodgers third baseman Justin Turner. An RBI single from Daulton Varsho in the fifth inning gave the Diamondbacks a 4-0 advantage.

The Dodgers broke through against Gallen in the sixth inning on a home run from Turner. He hit another in the eighth, his 24th on the season, while also extending his hitting streak to 12 games. Mookie Betts’ hitting streak ended at 15 games after he went 0-for-3.

Arizona took a 5-1 lead in the seventh inning on a pinch-hit RBI single from Kole Calhoun and added two more runs on a single by David Peralta in the eighth.