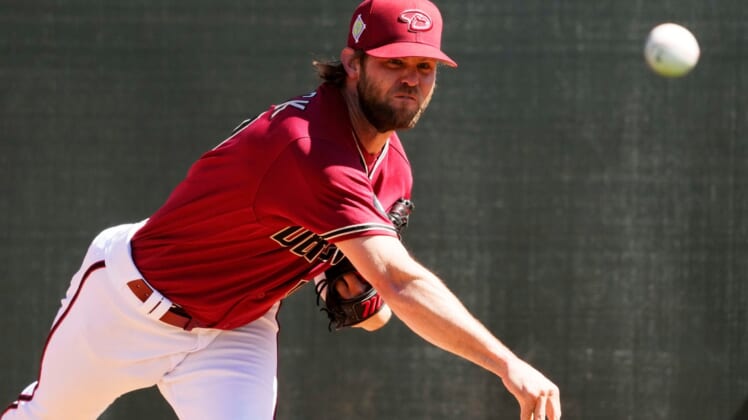 The Arizona Diamondbacks optioned Corbin Martin to Triple-A Reno and designated fellow right-hander Matt Peacock for assignment ahead of Thursday afternoon’s game against the Washington Nationals.

The team selected the contract of infielder Matt Davidson, who leads the minors with eight home runs at Reno, per the team.

Martin, 26, pitched two innings Wednesday night in the D-backs’ win over the Nats, giving up a run on three hits with four strikeouts. He has nine strikeouts in six innings pitched with Arizona.