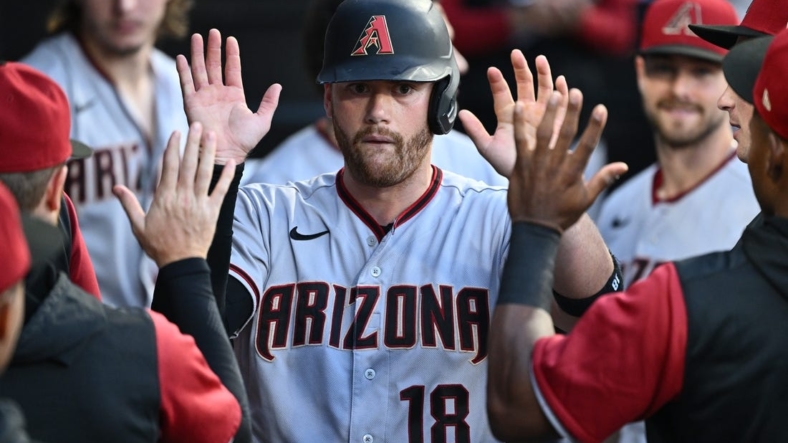 Carson Kelly and Geraldo Perdomo drove in three runs apiece, Jake McCarthy had four hits and three runs, and Merrill Kelly pitched into the eighth inning to lift the visiting Arizona Diamondbacks to a 10-5 win over the struggling Chicago White Sox on Saturday night.

Arizona won for the third time in four games while sending Chicago to its eighth loss in the past 10.

The White Sox drew to within 7-5 in the eighth inning and brought the tying run to the plate before Daulton Varsho hauled in an Eloy Jimenez smash at the warning track to end the threat.

Arizona created valuable breathing room in the top of the ninth, as Carson Kelly contributed a two-run single and Alek Thomas had a sacrifice fly.

Merrill Kelly (11-5) allowed four runs on five hits in 7 1/3 innings with one walk and seven strikeouts.

Chicago surged to a 3-0 lead behind a three-run blast from Gavin Sheets. The advantage was short-lived, however, as Arizona responded with a five-run second inning against White Sox starter Davis Martin.

A bases-loaded walk to Carson Kelly forced in the first run, and Perdomo’s two-run single tied the game. Arizona finished the second with five runs, forcing Martin to throw 34 pitches in an inning that featured three walks, two wild pitches, a passed ball and a catcher’s interference call against Chicago backstop Carlos Perez in his first game behind the plate. He made his major league debut on Friday as a pinch hitter.

Merrill Kelly recovered admirably from his 28-pitch first inning, which started with a Romy Gonzalez single on the second pitch of the game and included a walk two batters before Sheets connected for his 10th home run of the season.