No more rumors. No more suggestions. Dallas Cowboys wide receiver Dez Bryant officially announced his plans to hold out if the team doesn’t give him a long-term contract:

As much as I love football…on my beautiful babies.. I apologize #cowboynation but I will not be there if no deal #fact

Bryant’s decision stated publicly on social media could not be more clear.

Whether Bryant remains firm or the Cowboys call his bluff remains to be seen. If the star receiver holds out, he will join this list of other NFL players who have chosen to take this path in the past.

Revis held out for 35 days in 2010—the same season the Jets were featured on HBO’s Hard Knocks. Due the length of the series, it seemed like his holdout lasted forever.

Revis’ holdout was undoubtedly the featured storyline that year. He ended up signing a deal on the Monday prior to the season opener.

Still a valuable player to this day, Revis recently inked another lucrative five-year, $70.1 million deal with the Jets after spending a couple seasons away from the team. 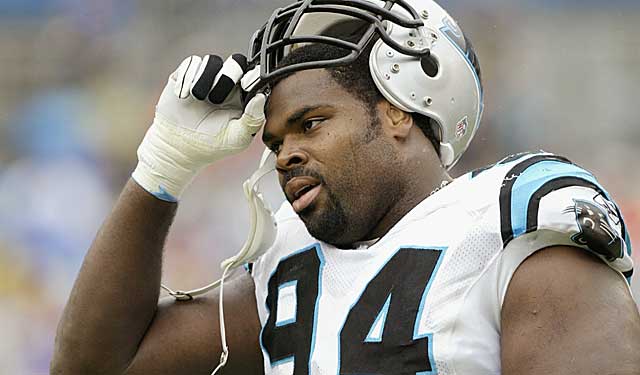 Courtesy of USA Today Sports: Gilbert’s hold out didn’t work out well for the Panthers.

In 1997, the Washington Redskins placed a franchise tag on Gilbert. In exchange, the former defensive tackle decided to sit out for the whole season after turning down a five-year, $20 million offer. The Redskins traded Gilbert to the Carolina Panthers in 1998 in exchange for two first-round draft picks.

The Panthers signed Gilbert to a whopping seven-year, $46.5 million deal. He ended up playing five seasons with the Panthers, tallying 15.5 sacks and 140 tackles. While he performed adequately, Gilbert never quite measured up to the ransom the Panthers paid to secure him.

Smith played hardball with the Cowboys and it worked in his favor. After leading the NFL with 1,713 rushing yards and helping the Cowboys to a Super Bowl victory in 1992, Smith sought a raise from the $465,000 he made that year.

He held out for a bigger paycheck in 1993. However, Cowboys owner Jerry Jones didn’t give in. That was until the Cowboys lost their first two games by starting rookie Derrick Lassic instead of Smith. Jones quickly changed his tune and the Cowboys settled on a four-year $13.6 million deal with Smith, making him the highest-paid running back in the NFL.

The Cowboys rebounded from their 0-2 start and went on to win another Super Bowl with Smith earning the Super Bowl MVP award. 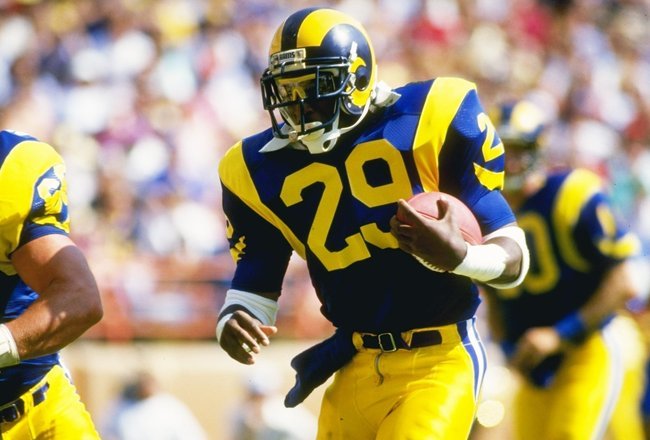 Courtesy of Pro Football Talk: Dickerson was known for his contract demands.

Dickerson held out twice during his Hall of Fame career. He held out after putting up 2,105 yards while playing for the Rams in 1984. Eventually, the Rams gave in and signed Dickerson to a deal that paid him nearly $1 million per season.

After Dickerson was traded to the Indianapolis Colts in 1987, he decided to hold out once again. He missed a total of five games during the 1990 campaign prior to the Colts signing him to a four-year, $10 million contract.

Interestingly, Dickerson never hit the 1,000-yard plateau after signing that lucrative contract. He was traded to the Los Angeles Raiders in 1992 before being sent to the Atlanta Falcons the following season.

When Washington hired Joe Gibbs, he drove out to Riggins’ Kansas farm and talked the running back into returning to the team.

Upon his return, Riggins had this to say:

Riggins would go on to lead the Redskins to the Super Bowl while earning the game’s MVP in January of 1983.

As for Bryant, he is surely channeling his inner Emmitt Smith, hoping Jones shows the same love for him as he did for his running back 12 years ago. It will be interesting to see how this plays out.