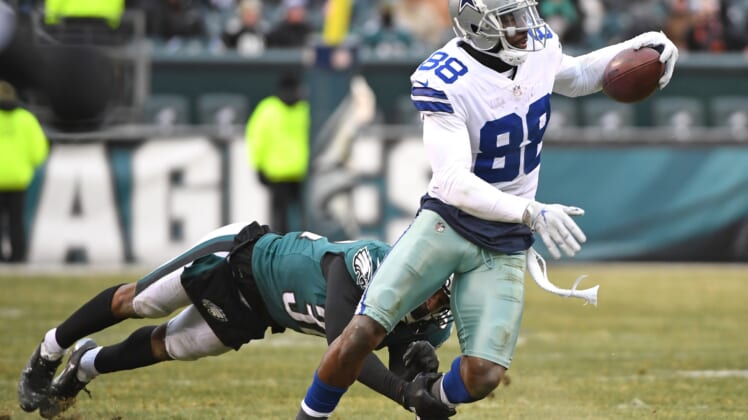 While Dez Bryant might have spent the entire 2019 season out of the NFL, the former Dallas Cowboys star receiver is still looking for another shot. In fact, he’s even willing to do it with his former team as the replacement for a former teammate.

Bryant took to Twitter on Sunday to call upon the Cowboys to sign him and allow him to take over Jason Witten’s role. The way Bryant sees it, Dallas’ offense would become unstoppable if he joined Ezekiel Elliott, Tony Pollard, Amari Cooper and Co.

Bryant is spending time this offseason working to make it back into the NFL. He doesn’t believe a transition into a tight end role would even be that difficult. Witten played meaningful snaps for the Cowboys in 2019 and finished the year with 63 receptions, 529 receiving yards and four touchdowns