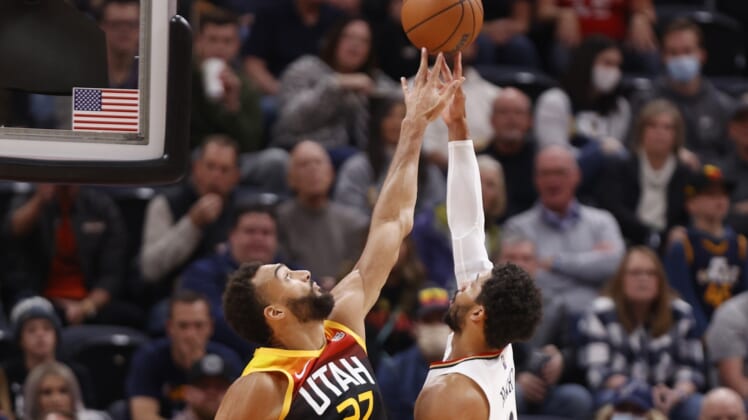 Devonte’ Graham drained a clutch 3-pointer with 1.9 seconds remaining and Brandon Ingram scored 21 points to help the New Orleans Pelicans pull off a 98-97 upset win over the Utah Jazz on Friday night in Salt Lake City.

That, however, is when the Pelicans surprisingly took over.

It was the Pelicans’ first road victory since winning at Minnesota on Oct. 25. New Orleans, which now has five wins on the season, had seven straight defeats away from home during that stretch.

Utah will get a chance to avenge this loss at home on Saturday night when the two teams play again.

Bojan Bogdanovic led the Jazz in scoring with 23 points, including five 3-pointers, but Mitchell only had 16 points on 6-for-21 shooting and Gobert had just nine points with 10 rebounds. Mike Conley and Joe Ingles each scored 12 points.

This game was eerily similar to the Jazz’s 119-118 home loss to Memphis on Monday and was their fourth setback at Vivint Center in two-and-a-half weeks.

The Jazz looked to be on their way to an expected lopsided win, taking a 43-32 lead midway through the second quarter. But Utah’s shooters hit a cold streak, making just one bucket in the final 6:28 of the first half, including a scoreless four-and-a-half-minute spurt heading into the locker room.

Josh Hart made a long pass to Willy Hernangomez, who drained a 3-pointer at the buzzer for a 46-45 Pelicans lead at halftime. That completed a 14-2 run for the visitors.

MItchell hit a bucket with just over two minutes remaining, his first points of the fourth quarter, to trim the lead to 93-91. Seconds later, Mitchell drained a 3-pointer to put Utah up again at 94-93.

The Jazz’s late-game surge continued with a Conley layup and some confusion. Mitchell hit a 3 to beat the shot clock, but referees reviewed the play and ruled that Gobert had been fouled before his teammate’s long ball dropped. The three points were taken off the board, and Gobert then hit one of two free throws for the not-so-safe 97-93 lead.