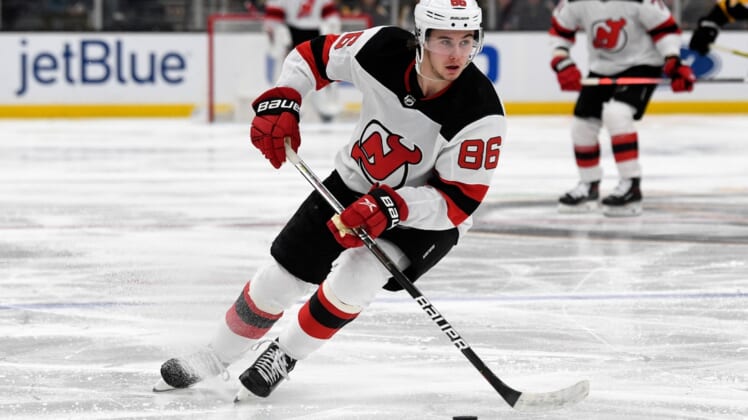 Hughes left Sunday’s game against the New York Islanders and was found to have a “low grade MCL sprain,” per the team.

“Given the timing, he will be held out of game action for the rest of the season. Jack will begin his motion rehab and conditioning immediately,” the Devils said in a news release.

Entering Tuesday’s game against the New York Rangers, New Jersey (24-39-6, 54 points) already had been eliminated from the playoffs and has 13 games to go. The Devils are in last place in the Metropolitan Division.

Hughes, who turns 21 next month, finished the season with career highs of 26 goals and 30 assists in just 49 games played. He also missed six weeks early in the season with a shoulder injury.

Hughes returned from that ailment to make his first NHL All-Star Game. He also signed an eight-year, $64 million extension — which begins next season — with the Devils in November.