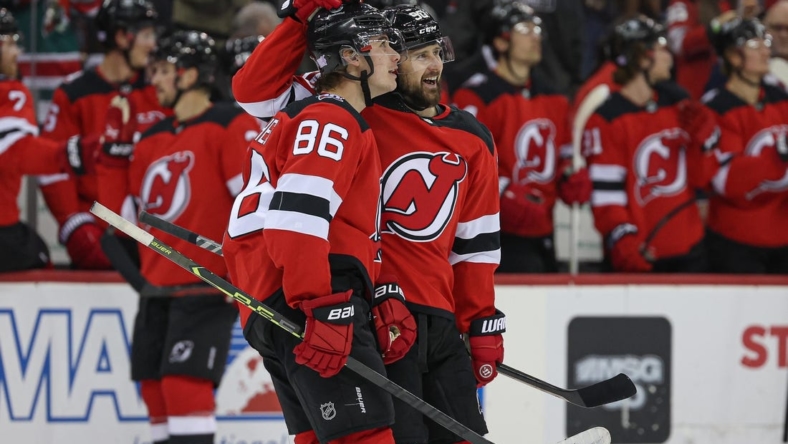 Tomas Tatar had a goal and an assist and the New Jersey Devils extended their winning streak to nine games with a 4-2 victory over the Arizona Coyotes on Saturday night in Newark, N.J.

Jack Hughes, Jesper Boqvist and Dougie Hamilton also scored for New Jersey. The winning streak is the Devils’ longest since Nov. 17-Dec. 7, 2007, when they also won nine in a row.

Akira Schmid, making his fifth career start and first of the season, finished with 16 saves for his second career victory.

Clayton Keller and Dylan Guenther scored goals for Arizona, which had a three-game winning streak snapped. Kavel Vejmelka, who was coming off a 24-save shutout over the New York Islanders, stopped 22 of 26 shots.

New Jersey took a 1-0 lead at the 6:29 mark of the first period when Tatar roofed a backhand pass from Fabian Zetterlund into the low slot for his third goal of the season.

Arizona tied it with a power-play goal at 9:04 of the first period that was credited to Guenther. His crossing pass ricocheted off the arm of defenseman Jonas Siegenthaler past Schmid.

The Devils needed just 23 seconds to regain the lead, however, when Hughes rushed down the right wing and snapped a wrist shot from the right circle past Vejmelka’s glove side for his fifth goal of the season.

Arizona tied it 2-2 midway through the second period with another power-play goal, this one when Keller took a pass from Travis Boyd, skated up the slot and then backhanded a shot past Schmid’s glove side.

But New Jersey answered with two goals in less than three minutes to take a 4-2 lead. Boqvist got his first goal of the season when he one-timed his own rebound in the slot into the top right corner of the net.

Hamilton followed with a power-play goal, blasting a slap shot from above the high slot under the crossbar for his fourth goal of the season.