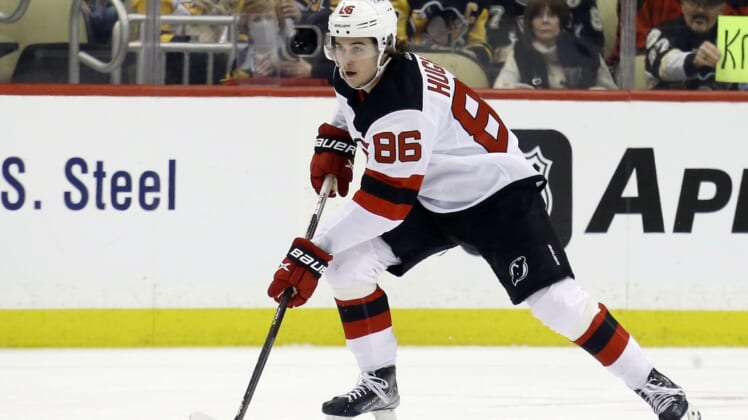 The New Jersey Devils will bid for their third three-game winning streak of the season on Thursday when they host the Winnipeg Jets at Newark, N.J.

The Devils kicked off their four-game homestand with a 3-2 overtime victory versus the St. Louis Blues on Sunday. They erupted for five unanswered goals two nights later in a spirited win against the Colorado Avalanche.

“It was a great win obviously,” the Devils’ Tomas Tatar said following Tuesday’s 5-3 victory. “We are trying to create here a winning mentality and these kind of games give it to you.”

“When you look at it, we’ve played in a lot of games like this where you get down and we battled back but don’t quite make it all the way back or win the game,” Ruff said. “There was just a belief that we were going to come back.”

Hughes scored as part of four consecutive goals by the Devils in their first game against Winnipeg on Dec. 3. The Jets, however, countered with five straight of their own to finish off the 8-4 victory.

Mark Scheifele collected three goals and an assist in that game, and had one goal with three assists in Winnipeg’s 7-4 victory over the Tampa Bay Lightning on Tuesday.

Captain Blake Wheeler had three assists in the first meeting with New Jersey. He has added five of his club-best 33 assists in his past four games.

Paul Stastny scored twice on Tuesday to boost his point total to seven (five goals, two assists) in his past five games. Winnipeg has scored 24 goals while posting a 3-1-1 record in that stretch.

Now, the Jets begin a run of three games in four nights on Thursday.

Workhorse goaltender Connor Hellebuyck has yielded four goals in four straight contests. The former Vezina Trophy recipient also yielded four goals in the previous encounter versus New Jersey, however he may sit in favor of Eric Comrie with the Jets in line to play again on Friday against the New York Islanders.