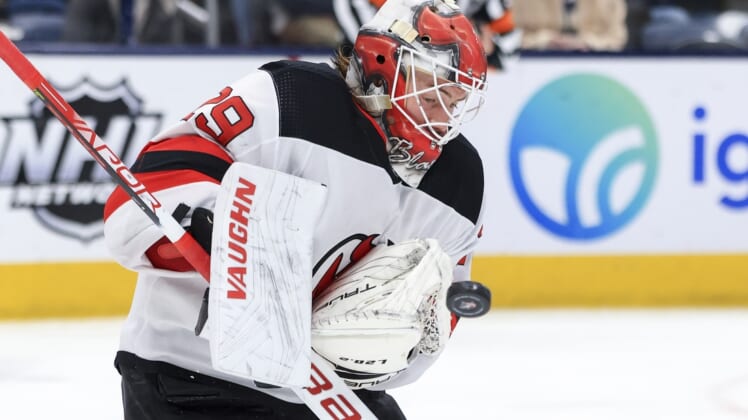 The New Jersey Devils placed goaltender Mackenzie Blackwood on injured reserve on Tuesday due to his ailing left heel.

Goaltender Akira Schmid was recalled from Utica of the American Hockey League for New Jersey’s morning skate. He will join the Devils for their game on Tuesday night against the visiting Dallas Stars in Newark, N.J.