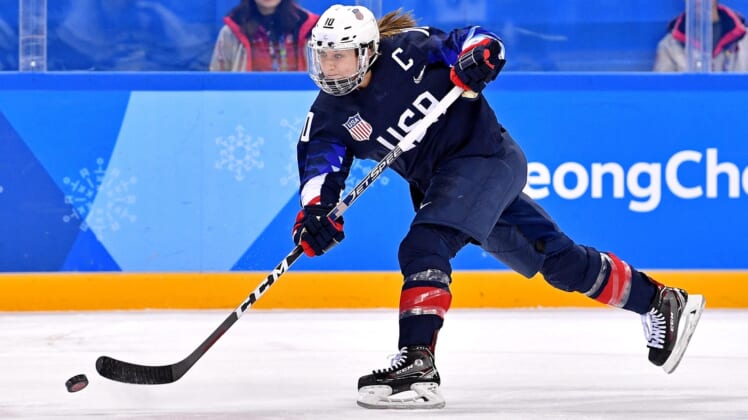 With the Devils, her duties will include gathering information about prospects and minor league players, as well as assessing all players through video and in-person scouting. She also will take part in on-ice player development.

“We are incredibly excited to announce that Meghan has joined our Player Development Department,” said Tom Fitzgerald, the Devils executive vice president and general manager, on Wednesday. “As our group has evolved over the past few years to include as much about off-ice as on-ice for development, we believe Meghan will be perfect for this position. Her successful track record as a teammate, leader, captain and driver of initiatives will be resources to all players in our organization. We look forward to her utilizing her perspective of the game, attention to detail and creative thinking to help our players reach their potential.”

Duggan played collegiately at Wisconsin from 2006-11 and won the Patty Kazmaier Award as the nation’s top player as a senior. She was named to the USA Hockey board of directors in 2014 and to USA Hockey’s Women’s Advisory Committee in 2017.