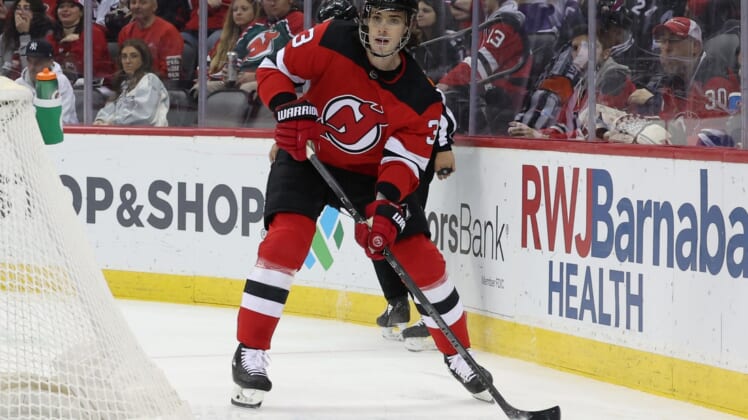 The Detroit Red Wings and New Jersey Devils used to have a lot in common when they were perennial Stanley Cup contenders in the 1990s and early 2000s.

Now, both teams have much in common in terms of futility, playing out the season and having nothing to gain except draft lottery balls going into their meeting on Sunday in Newark, N.J.

It will be the first of two meetings between the teams in Newark in a span of five days, as the teams will close the regular season against each other on Friday in the Prudential Center.

The Red Wings won the teams’ only previous meeting this season with a 5-2 victory on Detroit on Dec. 18.

Detroit (30-39-10, 70 points) enters having lost four of its last five games, with the most recent defeat being a 7-2 loss at home to Pittsburgh on Saturday in what was the squad’s home finale.

The Red Wings will hit the road for their last three games of the season knowing they will miss the playoffs for a sixth straight season.

They also will be without captain Dylan Larkin, who had season-ending core muscle surgery last week.

Despite the fact his team is sputtering into the offseason, Red Wings coach Jeff Blashill hopes his team finishes on a positive note.

“I think our guys have tried to do a good job of being above people,” Blashill said. “We haven’t had the puck enough, that’s for sure. Part of that is when you are undermanned a little bit, that is what happens. We’ve got to have things go our way. We have to defend great, we have to get great goaltending and we have to be super optimistic.”

New Jersey is coming off back-to-back home losses, first a 5-2 setback to Buffalo on Thursday and then a 3-2 overtime loss to Carolina on Saturday.

It was a tougher than usual loss to Carolina, given New Jersey held a 2-0 lead in the third period before allowing two goals in the final five minutes of regulation.

The defeat was just another learning experience for a younger Devils team that last made the playoffs in 2018.

“As hard as we worked and as much as we put into it, it’s a painful lesson,” New Jersey coach Lindy Ruff said. “A painful lesson about bringing pucks back, not taking care of it, the intensity to win a wall battle in those last three to four minutes. Mistakes that you are going to have to learn from and live through.”

The game will feature two of the NHL’s worst defensive teams.

Detroit enters having given up a 306 goals — second-most in the league behind Montreal’s 309 — on the season, while New Jersey is fourth-worst with 288 goals allowed.