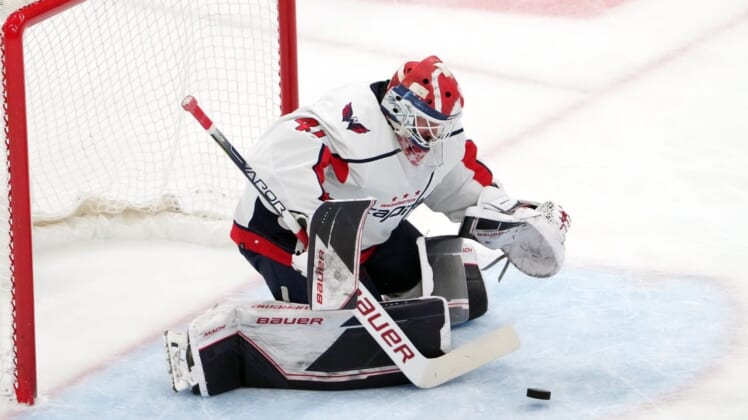 Vanecek, who avoided a salary arbitration hearing, was acquired by New Jersey in a trade with the Washington Capitals on July 8. The Devils also received a second-round pick (46th overall) in the 2022 NHL Draft, with the Capitals receiving the 37th and 70th picks in exchange.

“That was our goal from the get-go was to add to the position because of the circumstance with injuries and really depleting our depth, to be frank,” Devils general manager Tom Fitzgerald said on July 8. “We don’t want to go through that again. I wouldn’t wish that on my worst enemy. However, it’s been a goal from the get-go and there are options and options get limited, so then you’re trying to find really what’s best and you got to put your best foot forward and make a deal for a guy, and we’re fortunate to land Vitek this morning.”