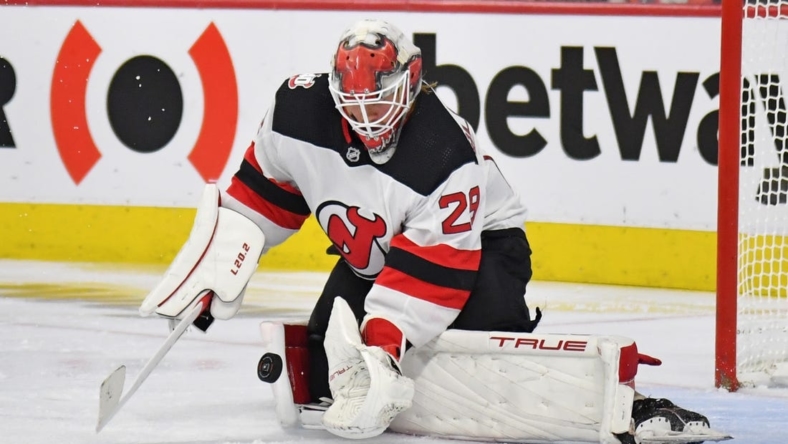 The New Jersey Devils will need to adjust to life without goaltender Mackenzie Blackwood and forward Ondrej Palat.

Blackwood will be sidelined three to six weeks with a MCL sprain, the Devils announced Tuesday. He sustained the injury in New Jersey’s 4-3 victory over the Edmonton Oilers last Thursday.

Palat, 31, is expected to miss eight to 10 weeks after undergoing groin surgery on Nov. 1.

“He’s eight to 10 weeks but I think if you saw him in the gym, he would argue with that statement and look at me like I’m crazy, but that’s where he’s at,” Devils coach Lindy Ruff said. “So let’s hope that he can put that through fruition.”

Vitek Vanecek will serve as the primary goaltender for the Devils, while Akira Schmid is expected to serve as the backup. Schmid was recalled from Utica of the American Hockey League on Saturday.

Palat has three goals in six games in the first season of a five-year, $30 million contract.

A two-time Stanley Cup winner with Tampa Bay, Palat has totaled 426 points (146 goals, 280 assists) in 634 games with the Lightning and Devils.